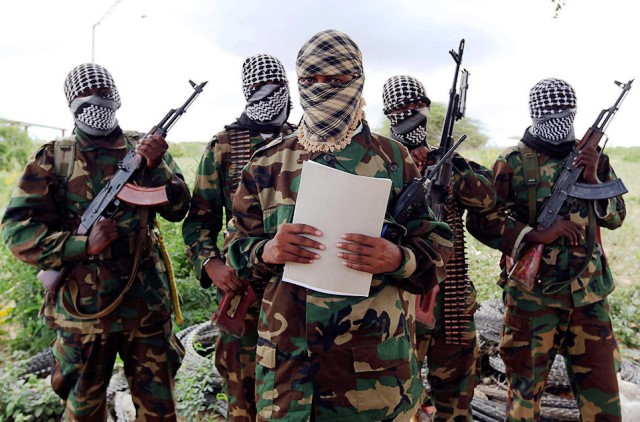 The African Union Mission in Somalia, AMISOM, describe Mukhtar’s decision to quit fighting as courageous and urged other fighters in the terror group to surrender to authorities.

“AMISOM hopes that other sons and daughters of Somalia who have been misled into terrorist acts will emulate Mukhtar,” the mission said via Twitter.

“They should lay down their weapons and join other Somalis in rebuilding their country,” it added, noting the government had offered amnesty.

The insurgents in Somalia wants to topple the government and impose its own strict interpretation of Islam.

Al Shabaab ruled most of south-central Somalia until 2011 when it was driven out of Mogadishu by African Union troops.

Despite the loss of territory, the terror group still carries out major gun and bomb attacks against nations that have contributed troops to AMISOM especially Kenya.

On March 2, Kenya said its forces had killed 57 militants in a battle in southern Somalia but the group denied any of its fighters had died in the clash.

He said the troops used artillery and helicopter gunships against the militants.

In January, Al-Shabaab fighters attacked a Kenyan military base in the southern Somali town of Kulbiyow near the border.

The Kenyan Defence said that nine soldiers died in the attack but the terrorist group insisted that it had killed at least 66 Persons.

Somalia has been torn apart by civil war since 1991 and now a drought threatens to tip the Horn of Africa nation into famine.

Anger in Uganda as lawmaker urges men to beat their wives

EXTRA: Two jailed in Burundi for rough tackles on president…