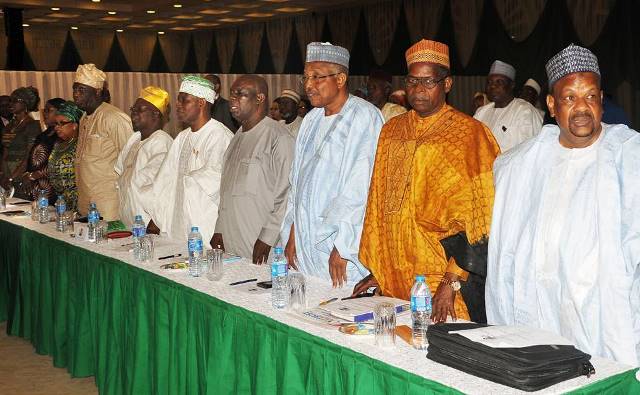 A 5-day induction seminar has begun for the 44 non-career ambassadors designate in Abuja to acquaint them of their responsibilities as they get ready to be deployed to their various missions.

Permanent Secretary of the Ministry of Foreign Affairs, Sola Enikanolaiye, during the opening of the seminar said that the Ministry will fast-track the deployment of all ambassadors-designate to their prospective countries without delay has said.

He however explained that their deployment would be dependent on how soon Nigeria obtains the consent of the countries in question.

The News Agency of Nigeria, NAN, reports that 47 career-ambassadors designate who were inducted in December 2016 were yet to be deployed.

Enikanolaiye said: “As you are well aware this programme takes the Ambassadors designate one step closer to resuming duties as the principal envoy of Mr. President.

“This will however come after the Federal Government has sought and received agreement from the respective countries to which you will be deployed and all other in- house arrangements have been concluded.

“Even though this is dependent on how soon such consent is received from the receiving states.

“The Ministry will do whatever is necessary to fast-track the process so that you can be fully installed in your missions without further delay.

Enikanolaiye said that the induction programme was designed to bring the ambassadors-designate up to date with the foreign policy agenda and priorities of the present administration which is anchored on the tripod of anti-corruption, national security and economic diversification.

The induction course “aims to present a platform for the envoys to better understand their role in the implementation of the change agenda to our citizens both at home and in the Diaspora,” the Permanent Secretary said.

“It is to also to present the positive strides of this Administration and its agenda to the global community.

Enikanolaiye said that the course would also cover global issues such as climate change, disarmament, human rights and migration among others.