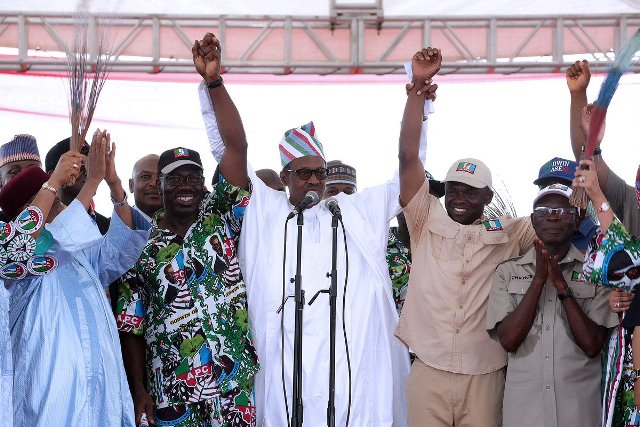 Godwin Obaseki, candidate of the All Progressives Congress, APC, has been declared winner in the Edo State governorship election held on Wednesday, with a total of 319,483 votes.

The Independent National Electoral Commission, INEC, said that the APC won 13 out of the 18 Local Government Areas in the state.

Meanwhile security has been beefed up around the Edo State government house and INEC headquarters as PDP supporters were protesting the result declared by INEC.

Chairman of the PDP, Dan Orbih, had earlier addressed a press conference where he alleged that the results announced by INEC were “fabricated and pre-determined”.

He alleged that the electoral umpire deliberately cancelled the results from polling units that were strongholds of the PDP, under the disguise of malfunctioning card readers.

But Chairman of the Edo State APC, Anselm Ojezua, said the election was free, fair and credible, describing the PDP as bad losers.

“This is just a case of a bad loser. It is a pity that the PDP expects to win in a state which it had run down,” Ojezua said.

“The process was very peaceful. INEC was efficient in delivery of materials to ensure that they got to locations on time.”

He advised the PDP to channel its grievances to the appropriate quarters.