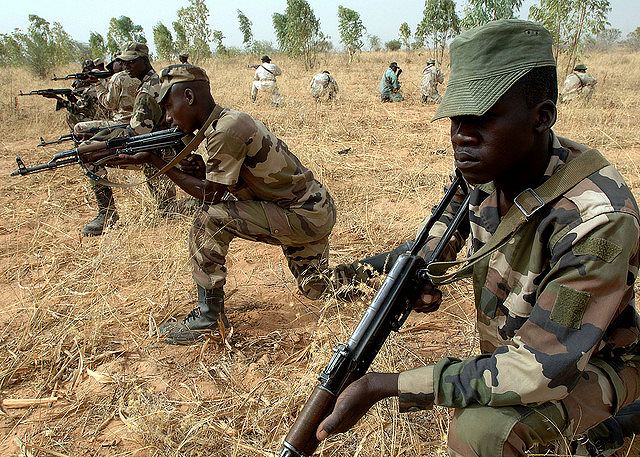 Barely one week after the burial of five Nigerian soldiers, including Muhammed Abu-Ali, a lieutenant colonel and commanding officer in Borno state, who were killed by the Boko Haram Terrorists, another senior army officer has been killed by the insurgents on Tuesday.

Reports have it that the officer, B.U. Umar, a lieutenant colonel and commanding officer of 114 TF battalion of the Nigerian Army was ambushed alongside his troops on Monday morning between Bita and Piridang.

According to the PREMIUM TIMES, the army officer’s vehicle stepped on an improvised explosive device, IED, but he was not hurt, however, as he came out of the vehicle to assess the level of damage, the terrorists fire and killed him in the process.

The late Umar and his men were said to be traveling to Yola in Adamawa State from Bita in Borno State when the incident occurred.

The full casualty from the attack is not yet clear.

Umar was a member of the 48 Regular Course in the Nigeria Defence Academy, NDA, and had only took over as commander of the 114 battalion about three weeks ago,

Army spokesman, Sani Usman, said he was not aware of the incident, adding that he would seek confirmation from appropriate authorities.

There have been renewed attacks by the Boko Haram recently as cases of bombings and suicide attacks have become regular within the last two months.

Over the weekend, there emerged reports on some online platforms suggesting that the Boko Haram terrorists had reinforced and bought better arms using the money purportedly paid to them by the federal government as ransom for the release of the twenty-one Chibok girls.

The reports were however refuted by the acting Director Defence Information, Rabe Abubakar, who described it as a figment of the writer’s imagination.

He reiterated government’s stance that no ransom was paid for the release of the 21 girls, rather it was an effort involving the International Committee of Red Cross as well as the Swiss Government.

For the Nigerian Army under Buratai, loyalty to Buhari comes…