Atiku accused of being ‘biggest financier’ of association of Fulani herdsmen 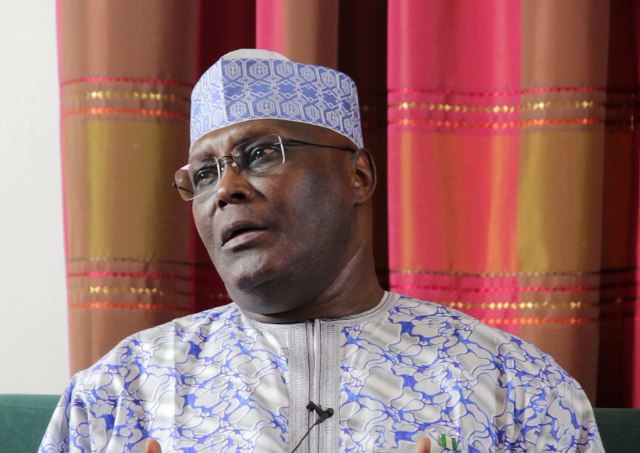 Paul Unongo, Chairman of the Northern Elders Forum, says Abubakar Atiku, former Vice President, is the biggest financier of the Miyetti Allah Cattle Breeders Association of Nigeria (MACBAN) — a group of “very rich Nigerians” who hire and arm herdsmen to take care of their cattle.

Unongo is of the opinion that Atiku should be able to call the rampaging herdsmen to order, especially given that he (Atiku) is a title holder in Tiv land — the most dominant ethnic group in Benue State.

Speaking during an interview with The Punch, Unongo said he was sure of his claims, as Atiku had told him personally when they were still in talking terms.

“I am aware that the most powerful person in Miyetti Allah is Alhaji Atiku Abubakar, who wants to be the next President,” Unongo said.

“If they are fighting for power and Atiku wants to create problems for Buhari, I don’t know. There are so many possibilities.

“The most powerful person who finances the Miyetti Allah is Abubakar Atiku and he is a prince of the Tiv Court.

“The Tivs gave him a traditional title, meaning ‘the biggest shade of  the Tiv people’. This implies that the Tiv people should be able to run to Atiku who will protect them.

“This is the man who heads Miyetti Allah and is the greatest financier of this organisation. He has more cattle than anybody in Miyetti Allah.

“It is an establishment of the big people, a very rich group of Nigerians and they pack small boys to take their cattle all over the place and then buy all these arms to give herdsmen to go and kill people, and the government is doing  nothing!

“I know, I got my facts partially from him regarding Miyetti Allah, when I used to talk to him.”

Unongo said that he had tried to meet Atiku face to face to discuss the issue but the ex-VP has proven difficult to reach.

“Have you tried to see a ‘big man’ before?” Unongo queried the reporter. “I don’t like to wait at people’s doors.

“If you’re in government, yes, but when you’re not in government, it  shouldn’t be so hard to see you. Atiku is my younger brother and he should come to me.

“Anytime you go to his place, the people around him think you are there to collect money that they are sharing. So, I decided that I would not disgrace the NEF. I am not belittling him, but he is no longer in power and I deserve some respect.”

However, when contacted, Paul Ibe, Atiku’s media aide, said his Principal never belonged to MACBAN even though he is a “proud” Fulani man.

Ibe added that Unongo was merely trying to please the powers at the centre who made him a board Chairman in 2017.

“Yes, Waziri Atiku Abubakar is a Fulani and is proud to be one as he has never hidden that fact. However, the Waziri is a thoroughly detribalized Nigerian who would never favour one ethnic group over another,” Ibe said.

“Let it be known that though Waziri Adamawa is Fulani, he is not a member of Miyetti Allah Cattle Breeders Association of Nigeria nor has he ever been a member. He has also never discussed about that group with Chief Paul Unongo.

“Having said that, it has not escaped our notice that Chief Paul Unongo is the Chairman, Governing Board of Nigerian Educational Research and Development Council, a position he was appointed to in April of last year.

“Understandably, Chief Unongo would be very grateful to those who gave him such a position and may feel it is his duty to attack and sully those in their bad books.”

Ibe added that Atiku wants the government to carry out a thorough investigation into the killings in Benue, “and that anyone found culpable be made to bear the full weight of the law”.

Six herdsmen arraigned in court for ‘killing’ 20 farmers in Benue

Buhari must not come back for second term, Falae warns as he retires from politics

Atiku denies ICIJ’s corruption report, says he is not…