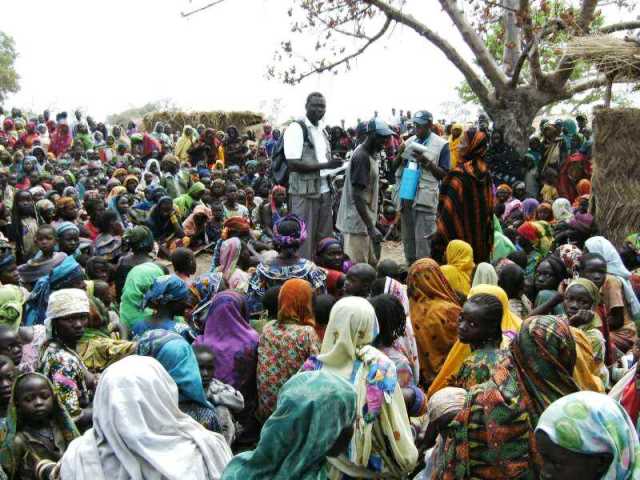 The Amnesty International on Wednesday released its annual report on Nigeria in which it disclosed that the activities of Boko Haram terrorists group in the North East have so far affected 14.8 million people in the region.

In the report detailing various aspects of human rights violations and activities of the Boko Haram terrorists group in the country as well as other areas of human endeavours, the international human rights organisation lamented that the terrorists group has continued to commit war crimes and crimes against humanity in the North East.

But it said the conflict between the military and the  Boko Haram continued in 2016 and generated a humanitarian crisis that affected more than 14 million people.

It particularly said the police and military continued to use torture and other foul means, adding that conditions in military detention were harsh.

“Boko Haram continued to commit war crimes and crimes against humanity in the northeast, affecting 14.8 million people. The group continued to carry out attacks and small-scale raids throughout the year. The national and regional armed forces recaptured major towns from Boko Haram’s control.

“In its response to Boko Haram attacks, the military continued to carry out arbitrary arrests, detentions, ill-treatment and extrajudicial executions of people suspected of being Boko Haram fighters − acts which amounted to war crimes and possible crimes against humanity.

“In May, 737 men detained as Boko Haram suspects by the army were transferred to the prison in Maiduguri, capital of Borno state. They were charged for being “incorrigible vagabonds”, which carried up to two years’ imprisonment and/or a fine.

“In April, the Defence Ministry started Operation Safe Corridor to “rehabilitate repentant and surrendered Boko Haram fighters” in a camp, ” the report revealed

But it carpeted the military which it accused of arbitrary arrest of thousands of young men, women and children who fled to the safety of recaptured towns, including Banki and Bama, Borno state.

“These arrests were largely based on random profiling of men, especially young men, rather than on reasonable suspicion of having committed a recognizably criminal offence. In most cases, the arrests were made without adequate investigation. Other people were arbitrarily arrested as they attempted to flee from Boko Haram.

“Those detained by the military had no access to their families or lawyers and were not brought before a court. More than 1,500 detainees were released throughout the year.

“Bodies were secretly buried in Maiduguri cemetery by the Borno State Environmental Protection Agency staff. Among the dead were at least 29 children and babies, aged between newborn and five years.

“At Giwa barracks, children under five were detained in three overcrowded and insanitary women’s cells, alongside at least 250 women and teenage girls per cell. Some children were born in detention, ” the AI said in the report.

On Internally Displaced Persons, IDPs, Amnesty International in the report disclosed that there remained at least two million  IDPs in Northern Nigeria adding that  80 percent of them lived in host communities, while the remainder lived in camps.

It said the  camps in Maiduguri remained overcrowded, with inadequate access to food, clean water and sanitation.

“In the so-called inaccessible territories in Borno state, tens of thousands of IDPs were held in camps under armed guard by the Nigerian military and the Civilian Joint Task Force (CJTF), a state-sponsored civilian militia formed to fight Boko Haram.

“Most of the IDPs were not allowed to leave the camps and did not receive adequate food, water or medical care. Thousands of people have died in these camps due to severe malnutrition. In June, in a guarded camp in Bama, Borno state, the NGO Médecins Sans Frontières reported over 1,200 bodies had been buried within the past year.

“Both the CJTF and the army were accused of sexually exploiting women in the IDP camps in exchange for money or food, or for allowing them to leave the camps.” It said

It added that there was lack of accountability for serious human rights violations committed by security officers arguing that no independent and impartial investigations into crimes committed by the military had taken place despite the President’s repeated promises in May 2016.

The human rights body while stressing that  senior military officials alleged to have committed crimes under international law remained uninvestigated, cited the case of  Ahmadu Mohammed, a Major General who it said was reinstated into the army in January.

It disclosed that Mohammed was in command of operations when the military executed more than 640 detainees following a Boko Haram attack on the detention centre in Giwa barracks on 14 March 2014.

“In its November preliminary report, the Office of the Prosecutor of the International Criminal Court (ICC) announced that it will continue its analysis of any new allegations of crimes committed in Nigeria and its assessment of admissibility of the eight potential cases identified in 2015, in order to reach a decision on whether the criteria for opening an investigation are met.” It said

But in a swift reaction, the Defence Headquarters accused the Amnesty International of  spurious fabrications aimed at tarnishing the good image of the Nigerian military.

In a statement issued in Abuja by the Acting Director Defence Information, Rabe Abubakar, a Brigadier General, the Defence Headquarters said that the report recently published by the Amnesty International  alleging death of 240 people including babies in Borno and 17 pro Biafran agitators, was yet another in its series of spurious fabrications aimed at tarnishing the good image of the Nigerian military.

“Without mincing words, the allegations contained in the said report are not only inconceivable but has no place in the Nigerian military. The report is rather contrived lies orchestrated to blackmail and ridicule the Nigerian Armed Forces which they have unsuccessfully tried to do in the past.” It said

It said that the Nigerian military has always been open in its operations and did not hide its activities from the probing eye of the public saying “Amnesty International chose to bandy fabricated reports and concocted stories instead of seeking clarifications from the relevant authorities.”