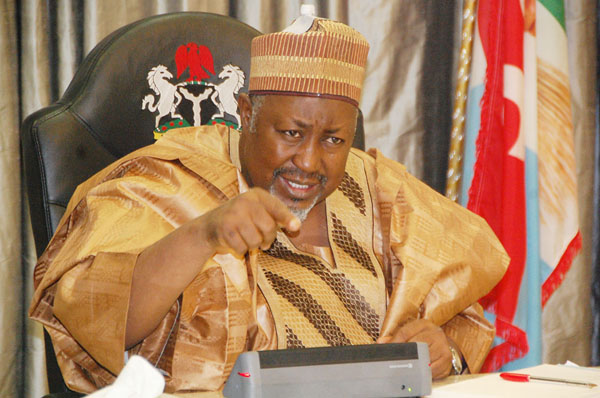 Abubakar Badaru, Governor of Jigawa says those agitating for the division of Nigeria should get their acts together and participate in the political dispensation, instead of heating up the polity.

In an interview with Daily Trust, he said some of the agitators were active politicians who lost elections.

“Some of them were active players in the politics of yore, some contested elections and lost,” Badaru said.

“I have seen some that were advocates of tenure elongation at some point in time.

“My take is that it’s all a case of sour grapes and bad sportsmanship. Instead of heating up the polity, let them get their acts together and participate in the political dispensation, then they can articulate their positions within the ambit of the law and the constitution.”

The governor wondered why the agitation gained momentum in the administration of Muhammadu Buhari.

He also questioned the justification for the agitations, noting that anything done outside the ambit of or in contravention of the law is illegitimate.

He asked: “Where were the agitators before the advent of this administration? Was the previous government so repressive and brutal that they couldn’t voice out their aspirations?

Badaru urged Nigerians to focus on what they have in common rather than their differences.

“We should sanitize the political space and do away with politics of ethnicity and religion, and focus on issues, not sentiment.

“We must evolve a system that ensures quality leadership is appreciated and respected so that meritocracy takes root, and we can begin to celebrate leaders with national outlook and exemplary vision and capacity.

“Today, no matter how good you are, political and ethnic considerations will be used to denigrate you and pull you down. You can imagine a situation where a leader’s illness is being celebrated in the name of politics. This is sad.”