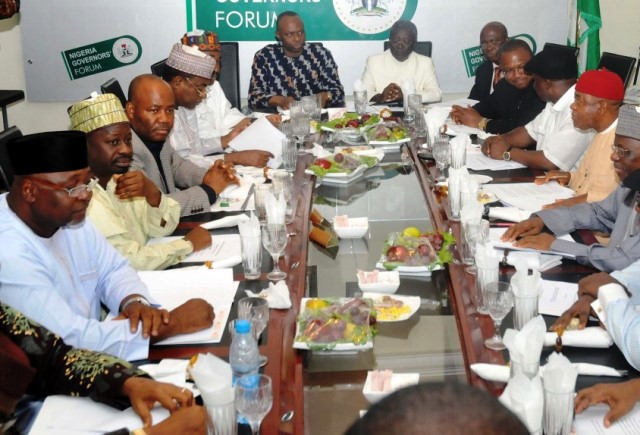 Billions of Naira are expended on the payment of outrageous pension benefits of former governors and their deputies in Nigeria, and these benefits are usually renewable after every three or four years.

A survey carried out by VANGUARD NEWSPAPER on 47 former governors across 21 states of the federation shows that over N37.367 billion naira goes into payment of such pension benefits on a three or four-year basis.

According to the detailed investigation, Bauchi State, tops the list of states that pay the highest amount to its former chief executives with a whopping N23.18 billion paid out every four years.

The oil-rich states of Rivers and Akwa Ibom come a distant second and third positions with a total of N2.795 billion and N2.043 billion respectively.

“The amount is apparently based on the monetized benefits that include personnel, vehicles, houses and other allowances,” It added.

Findings reveal that the payments in most cases do not include medical expenses which usually run into several millions of naira.

However, the Revenue Mobilization, Allocation and Fiscal Commission, RMAFC, under the Certain Political Office Holders and Judicial Officers Remuneration Act, states that state governors, like lawmakers are entitled to 300% of their basic salary as severance package on the expiration of their tenures.

But the pension packages usually approved for ex-governors and their deputies by their state assemblies usually provide for Vehicles, renewable every three or four years, houses at the state capital, holiday trips outside the country and free medicare.

These privileges are also enjoyed by their immediate family members.

The VANGUARD investigation noted that “Gombe State was the first to pay out a benefit in the hundreds of millions when it paid N900 million to its two living former governors: Abubakar Hashidu and Danjuma Goje.”

According to the report, “the State’s pension law for former governors … provides N300 million per term for each of the two governors.”

Similarly, the Yobe State Pension Act, which was signed into law by former Governor Bukar Ibrahim in 2007, provides for N200 million and N150 million respectively as pension benefits for ex-Governors and the deputies.

This also includes two vehicles, replaceable every four years, two drivers and free medicare for them and their immediate families.

Some States including Kwara, Lagos, Rivers, Bayelsa, Delta, Ebonyi, Zamfara and Sokoto States had also approved the payment of the basic salaries of the incumbent governors as yearly pension payments to their former governors.

In Kwara State, the governor’s pension law which became effective in 2010 states that ex-governors are “entitled to two cars and a security car, replaceable every three years, a well-furnished 5-bedroom duplex, furniture allowance of 300 per cent of his salary; five personal staff, three DSS operatives, free medical care for the governor and the deputy, 30 per cent of salary for car maintenance, 20 per cent for utility, 10 per cent for entertainment, 10 per cent for house maintenance.”

Recall the most recent case of Edo State, where the State assembly passed a pension law for former governors which would see them get residential homes worth N200 million in any location of their choice in Nigeria.

Other benefits to be enjoyed by former governors in Edo State are a pension for life at a rate equivalent to 100 percent of his last annual salary, an officer not above salary grade level 12 as Special Assistant, a personal secretary not below grade level 10 to be selected by the former governor from the public service of Edo state.

On the other hand, former deputy governors are entitled to residential homes worth N100 million in any location of their choice in Nigeria, 100 percent of his last annual salary as pension, a Special Assistant, a personal secretary, a cook and two policemen as security.

Also approved for him include, two vehicles to be replaced every five years, two drivers and free medical treatment for him and his immediate family.

With the ongoing economic recession ravaging the country and the so-called anti-corruption posture of the present administration, it beggars belief that former state chief executives and their deputies continue to hold the various states to ransom in the guise of pension benefits, the paper noted.