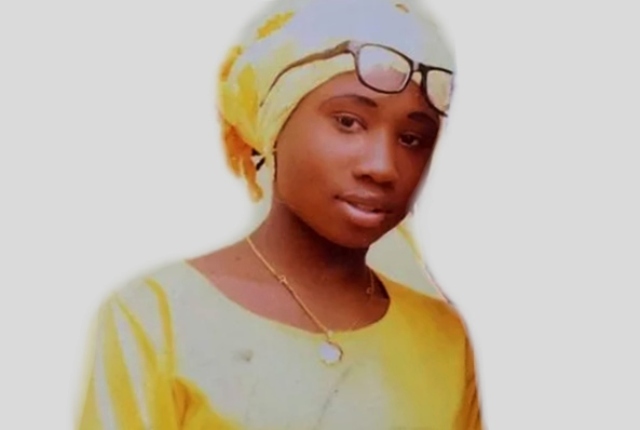 Leah Sharibu, one of the 110 girls abducted by Boko Haram from a secondary school in Dapchi, Yobe State, will mark her 15th birthday on Monday in captivity, months after her colleagues were released.

Boko Haram attacked Government Girls Technical College, Dapchi, in the night of February 19, 2018, a day after the soldiers positioned in the town were moved to another location.

A month later, precisely on March 21, all but five of the abducted girls were released following a negotiation between the federal government and the terrorists, brokered by the Swizz government and the International Committee of the Red Cross (ICRC).

The girls were driven by their abductors in a convoy and dropped at the centre of Dapchi town as residents cheered and heralded the Boko Haram fighters.

However, after a headcount, it turned out that only 105 out of the 110 girls were returned. The rescued girls narrated that some of them had died in captivity, and one – Leah Sharibu – was held back because she refused to renounce her Christian faith.

Speaking with journalists on Sunday evening, Sharibu Nathan, Leah’s father, who had said he was pleased that her daughter refused to denounce Christ, begged the government to intensify efforts to ensure her release.

“Up till now, we have not seen our daughter. I am asking the government to please try and bring my daughter back safe. They should please help us!” he pleaded.

“I thank all those Muslims and Christians who have prayed for us. They should please say more prayers for my daughter.”

He also confirmed that Leah’s birthday is every 14th of May.

In a statement shortly after the girls’ release, Garba Shehu, presidential spokesman, issued a statement saying that “the Buhari administration will not relent in efforts to bring Leah Sharibu safely back home to her parents as it has done for the other girls”.

The released girls were later brought to Abuja where they met with President Muhammadu Buhari who reiterated his resolve to ensure the release of, not only Lea Sharibu, but also the remaining Chibok schoolgirls abducted by Boko Haram in April 2014, and every other Boko Haram hostage.

But it has been 84 days since Leah Sharibu was abducted and 54 days after her fellow abductees were released, yet nothing has been heard from the authorities about what is being done to secure her release.

THE All Progressives Congress (APC) has rescheduled its presidential primary election to Monday, 6...

A former presidential aspirant on the platform of the People's Democratic Party (PDP), Peter...
Advertisement

Chat us on WhatsApp
Advertisement
Previous articleFayemi will suffer the worst defeat of his political career, says Fayose
Next articleWe all disregard court orders − Nigerian democracy is on crutches, says Shehu Sani