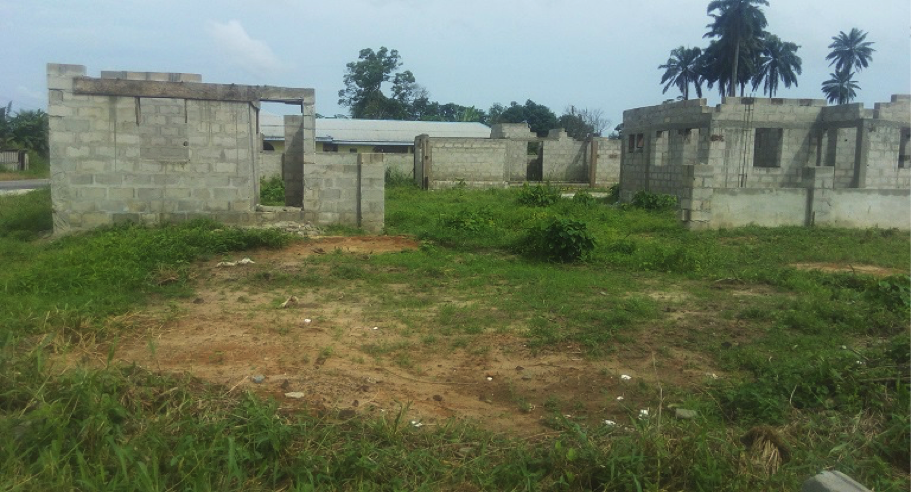 Every community has the right to social amenities, but these needs were not being met in several communities visited by the Tracka team.

The sorry tale of Osakan, a community located about 15 kilometers on a muddy footpath accessible only with motorcycle from Obubra, headquarters of Obubra Local Government Area of Cross River State, is a classic example. Ordinarily, the proximity of the community to the headquarters should attract social amenities, but that is not the case.

The visiting Tracka team conducted a sensitisation exercise to create awareness on the construction of motorised boreholes with steel overhead tank, including 10 tap outlets and a 2.5kva generator worth N15 million captured in the Federal Government’s 2017 constituency projects, but which had not been implemented.

Tracka is a citizen-driven platform that allows citizens to monitor capital projects in their communities, in a bid to strengthen transparency and accountability in governance whilst compelling elected representatives to improve service delivery in their constituencies.

“The representatives usually don’t respond to our calls except during election campaigns when they need our votes,” he said.

He stated that there was no access to pipe-borne water, hence members of the community suffer from waterborne diseases such as cholera, diarrhea and guinea worm since they fetch water from a stream that is usually contaminated in periods of heavy downpour. He added that residents of the community always walked a long distance to access potable water, making life difficult for the indigenes.

Chief Ogar also stressed the healthcare gap caused by the non-availability of a good healthcare centre.

“A community healthcare centre, which has been under construction for over five years and has now been abandoned, would have saved pregnant women and members of the community the stress of travelling long distance to neighbouring communities for antenatal and other medical treatments,” he said. “This situation has been going on for a very long time and has made the health of the members of the community deteriorate as the years went by.”

Also, the absence of motorable roads in the community cannot be overlooked. It has limited public access to the community.

“As you must have seen on your way to our community, the roads have been like that for ages, Chief Ogar added.

“It has never been graded by the government. We have written to the local and state governments to help in the construction of roads in the community but up till date, nothing has been done.

“Another challenge we face is lack of electricity supply. We have been in darkness since the existence of this community. We exercise our civic rights but the government is not making any effort to give back to the people who got them elected and also pay taxes to sustain the system of governance.”

In the 2016 budget, N60 million was earmarked for the execution of a primary healthcare centre but remains undone in Ekrota even though the health conditions of residents continue worsening.

Tracka is a citizen-driven platform that allows people, irrespective of their locations, to collaborate, track and give feedback on public projects around them. It seeks to drive value out of the annual budgets, to ensure that allocations translate to real development in Nigerian communities.

The project line items bore three communities — Ophori-Agbaro, Erhuwaren and Ekrota — for N60 million. Its implementation is expected to create a swift access to healthcare treatment for the people of the communities and to free indigenes from travelling over three hours to neighbouring towns just to access medical treatment, especially for pregnant women in labour and emergency patients.

Health facility is an important safety-net healthcare delivery for vulnerable residents. It is geared at reducing maternal mortality rates and integrated service delivery for mothers and children, antenatal and postnatal.

BudgIT’s Project Tracking Officer Andrew Ebigwu visited the communities to inspect the project sites in August 2016; there was no visible construction in sight. As a result, we engaged the leaders and residents of the communities to write letters to the lawmaker representing Ughelli North/South/Udu Federal Constituency and the Ministry of Health.

The Tracka team re-visited the communities in March 2017 to the hearty discovery of ongoing construction work in Erhuwaren and project completion in Ophori-Agbaro. However, there was still no visible construction at Ekrota community; it was left deserted.

It was also observed that the construction work at Erhuwaren was abandoned halfway due to insufficient funds. The completed health facility at Ophori-Agbaro was also under lock with no medical equipment available; also, no healthcare worker had been mobilised to ensure functionality.

Research reviewed that construction of Comprehensive Health Centre was recaptured in 2017 Budget for N50 million in Ekrota community. We re-visited Ekrota to inform the people about this development and encourage them to persistently pursue the execution of the project, bearing in mind its economic importance to the indigenes.

The engagement exercises were repeated and letters were sent to Honourable Ahwinahwi Solomon and the Ministry in charge of the project. The proposed land for the primary healthcare centre had been made available by the community leaders since the first sensitisation visit by the BudgIT’s Officer. We await the response of the authority and we will simultaneously follow up the project closely to ensure execution as specified in the budget.