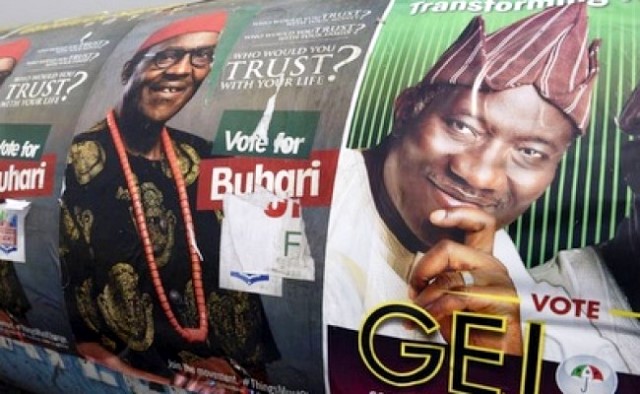 Traceable spending of the All Progressives Congress, APC and the People’s Democratic Party, PDP presidential candidates in the 2015 general elections has shown that Presidential Candidates of both parties, Muhammadu Buhari and Goodluck Jonathan respectively, breached the 2010 Electoral Act  in their campaign expenditures.

The country representative of Westminster Foundation for Democracy, WFD, Adebowale Olorunmola revealed this at a two-day conference on regional cost of politics in Abuja.

Olorunmola explained that the figures were just the traceable expenses, such as media adverts, campaign materials and other feasible expenditures.

He said the calculation of the campaign expenditure did not take into consideration behind the scene deals and the use of public facilities for campaigns.

The implication of these findings is that both Buhari and Jonathan spent far above the legal ceiling of election expenses.

Section 91 of the Electoral Act 2010 stipulates the allowable spending limit for presidential candidate in an election to be N1 billion.

Meanwhile, speaking on the “Strategies for Regulating the Cost of Politics,” the Executive Director, Centre for Social Justice, Eze Onyekpere said the N1 billion was no longer realistic for a presidential candidate.

Onyekpere suggested that the duty of fixing campaign limit should be invested in the Independent National Electoral Commission, INEC rather than making it a law as contained in the electoral act.

He also suggested that a new agency should be established to monitor campaign financing, noting that every candidate should be made to open campaign account where all transactions relating to the campaign will be carried out for easy monitoring.

Various speakers at the conference acknowledged that the rising cost of elections and campaigns have impacted negatively on good governance in West Africa as successful candidates tried to recoup the cost of their elections once they get into office.

Chief Technical Adviser to the INEC Chairman, Bolade Eyinla frowned at the increasing cost of politics in Nigeria, noting that much money was spent on the 2015 general elections than any other elections in the history of Nigeria.

Eyinla said the “core cost” of the election to INEC was $547 million while political parties and their candidates spent between $1.5 billion and $2 billion.

INEC National Commissioner, Antonia Simbine said the level of money in politics “is responsible for the kinds of governance we have at any given time. If you make an investment, you would want to reap from that.

“We have existing limits in the legal framework but this has become somehow very unrealistic, because there are no enforcement framework or capacity when people do what they are not supposed to do. This is more because our society is cash-based and so the capacity of INEC is still very weak in tracking and monitoring party financing.

“A review we did in 2015 showed that there is largely no record-keeping including keeping receipts of financial support by political parties”.

However, the Deputy Chief Officer, Political Parties Leadership and Policy Development Centre Directorate of Research, National Institute for Policy and Strategic Studies, Kuru, Jos, Adeyanju Mojisola said the media had been a major driver of high cost of election.

Mojisola pointed out that a recent survey showed that candidates spent about 40 per cent of their total campaign expenditures on media.

A professor of political science at the University of Jos, Samuel Egwu pointed out that the most effective guarantee against money politics “is a well informed and educated citizenry about how the money hurts democracy.”

Egwu suggested that a body to drive national agenda for tracking, monitoring and reporting of campaign finances of parties and candidates should be created.

A report by WFD pointed out that the cost of politics is a root cause of corruption.

According to the report, as political campaigns have grown more and more competitive, there is an increasing body of evidence to show that state resources are being diverted to fund incumbent candidates and those potential new candidates are being excluded from electoral process.

The report showed that votes are being exchanged based on the ability of the candidates to buy votes and take care of their people by providing gifts, paying for fees, finding jobs and showing concern on personalized basis.

One of my major economic successes is making Nigerian rice…