PRESIDENT Muhammadu Buhari’s Twitter account is still active despite his administration’s ban on the operations of the microblogging platform and its threat to prosecute users in Nigeria.

Other top officials of the government who are yet to deactivate their Twitter handles are Vice President Yemi Osinabjo, Minister of Justice Abubakar Malami, Senate President Ahmed Lawan, House of Representatives Speaker Femi Gbajabiamila, and Deputy Senate President Ovie Omo-Agege. 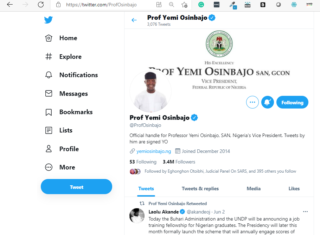 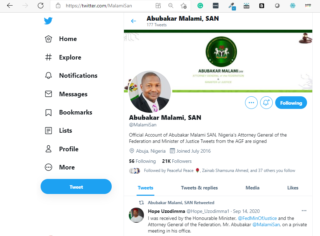 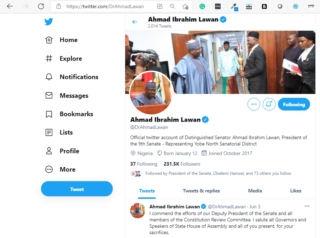 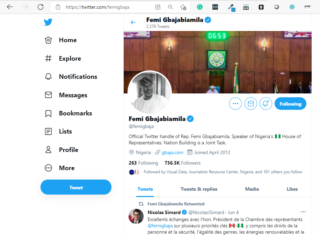 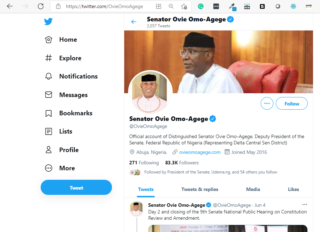 Others are Ministers in the Federal Executive Council of the administration such as Minister of Communications and Digital Economy Isa Pantami, Minister of Transportation Chibuike Ameachi, Minister of Finance Zainab Ahmed, Minister of State for Petroleum Resources Timipre Sylva, among others, checks by The ICIR have confirmed. 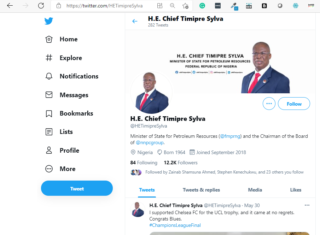 Malami had threatened on Saturday that the government would prosecute anyone found accessing Twitter after its suspension. If this were to be swiftly implemented, these top officials of the government, including the president and his vice, would be prosecuted.

The Ministry of Information and Culture, whose account was used on Friday to announce the suspension of Twitter’s operations in Nigeria, is still active 48 hours after the announcement. 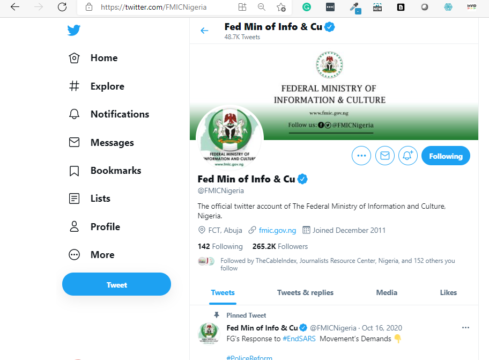 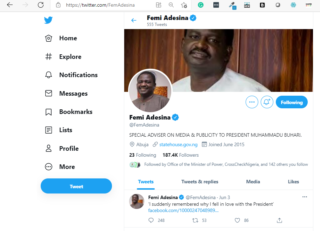 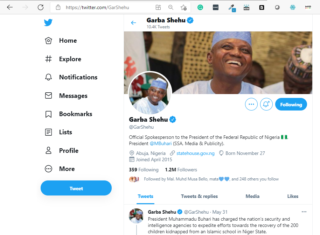 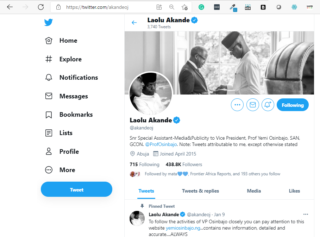 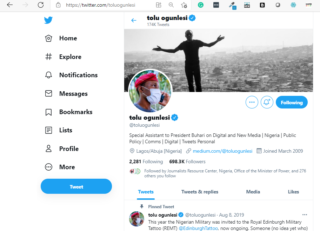 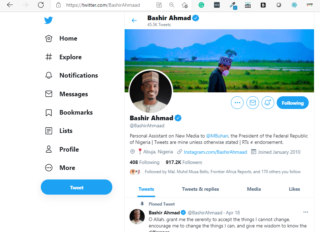 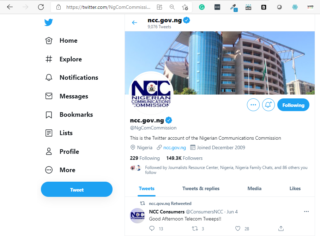