‘Buhari promises have been broken’, Nigerians react, as fuel sells for N161 at filling stations 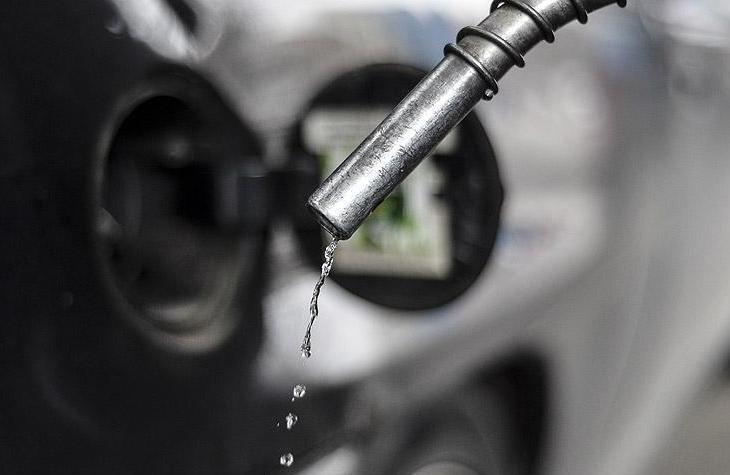 NIGERIANS have condemned the increase in the pump price of premium motor spirit (PMS) also known as petrol by the Federal Government from N149 per litre to N151.56.

The government had on Wednesday announced in a memo with reference number PPMC/IB/LS/020 the new price issued by D.O Abalaka of Pipelines and Product Marketing Company (PPMC). That was the third time government would be increasing the pump price in three months.

“Please be informed that a new product price adjustment has been effected on our payment platform,” Abalaka had said in the memo.

“To this end, the price of Premium Motor Spirit (PMS) is now one hundred and fifty-one naira, fifty-six kobo (N151.56k) per litre. This is effective from September 2, 2020,” the memo read.

A source at the NNPC also told The ICIR that Nigerians could buy PMS for as much as N158 as the N151.56 increase is the depot price.

“It is true that the pump price has been increased, the source said, adding” but N151.56k is the depot price, petroleum marketers would add theirs to it and that means it could be up to N158 per litre.

In June, the Petroleum Products Pricing Regulatory Agency (PPPRA) announced a new pump price band of N121.50 to N123.50 per litre of petrol.

At the time, it was the third time in three months that the pump price was adjusted.

Checks by The ICIR  on Thursday across Abuja, the capital city have shown that filling stations in Abuja are have adjusted their pumps to reflect the new price. Major oil marketers are selling between N159 to N161 per litre.

Reacting to this development,  Nigerians on social media and Civil Society Organisations have expressed shock over the fuel price increase.

Ayuba Wabba, NLC President  while rejecting the increase said is “like adding insult to injury”.

According to Wabba, Nigerians and even the NLC are shocked about the increase and this increase is coming at a time when many Nigerians are passing through very precarious times.

“It is like Nigerians are being taken for a ride.

“The increase in price of petroleum has happened now more than three times in three months, only yesterday they hiked the tariff of electricity,” he said.

The NLC president said that to compound the issue, the CBN also reduced the interest rate of savings which affects mostly the poor and the vulnerable.

“The organised labour therefore rejects the increase in price of the product in the strongest terms.”

“The Buhari regime is a plague on Nigerians. The primary aim of this regime is to kill, steal and destroy. Only a monstrous regime will increase fuel price & electricity tariff during this pandemic. Citizens are suffering while Buhari & his cronies live in opulence. Wicked tyrant,” Effiong said.

“We should not forget who the Minister of Petroleum is. It is the same heartless oppressor who promised to reduce the suffering of Nigerians. The same man who opposed increment of fuel price in the past. The same military dictator whose regime has plunged Nigeria into recession.”

“What will Buhari be remembered for? His promises have been broken. He promised to fight corruption but has elevated corruption to a national policy. Under his watch, key democratic institutions have been destroyed. He has neither clues nor capacity to govern.”

Also, the Socio-Economic Rights and Accountability Project (SERAP) has urged the Nigerian authorities to immediately reverse unfair hike in fuel price from N148 to N151.56k per litre.

“It also said the decision by the government to the price of fuel was a travesty, as it would have a knock-on effect on millions of poor Nigerians who will struggle to meet the increased costs of transport & basic goods.”

Afrigoal, an advocacy group described the decision as insensitive to the plight of Nigerians.

While urging the government to reverse the petrol pump price to its original N130, the group said the latest increase should not have been thought of as it was coming at a time when the people were yet to get over the hardship and bite of COVID-19.

Oby Ezekwesili, a former Education Minister in reaction lamented the decision in a tweet stating that the government has been extremely incompetent in understanding Reform Window in its economic management.

“Sadly, citizens still wondering how to “manage their lives during a vicious global pandemic” must also now pay for that avoidable incompetence.”

Kalu Aja, a Financial Analyst, said if Nigeria wants lower prices for PMS, government should increase supply of the commodity..

“If Nigeria wants lower prices for PMS, then increase supply of PMS. Allow anyone import or refine and sell PMS at any price. Prices will rise……then fall as new entrants increase supply. NNPC internal costs are too high and those costs are seeping into the PMS price.”

Ayodele Fayose, a former Governor of Ekiti State also in a tweet lamented that the Federal Government increased the fuel price when other countries are devising means to reduce the effect of COVID-19 on their citizens.

“Petrol is now N151.56. The increment was made when other countries are adopting measures to reduce the effects of COVID-19 lockdown on their citizens. Just in case those who led the Save Nigeria protests across Nigeria during PDP govt of Jonathan are not aware. I warned,” the former governor posted.

Pump price: We have no money to pay subsidy and no longer fix prices — FG