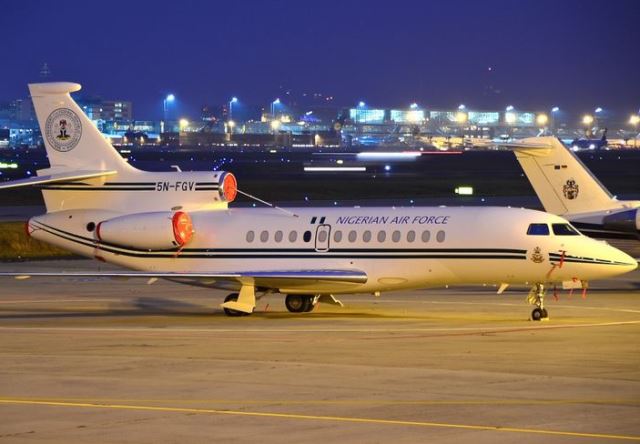 Two of the eleven aircraft on the presidential fleet have been advertised for sale.

Presidential spokesman, Garba Shehu said that the adverts for the two aircraft – “a Falcon 7x executive jet and Hawker4000 were duly authorized by the Presidency.”

Shehu posted on his social media handle that the advert directed by President Muhammadu Buhari is in fulfillment of his campaign promises to cut down on economic wastages.

“When he campaigned to be President, the then APC candidate, Buhari if you recall, promised to look at the presidential air fleet with a view to cutting down on waste.

“His (President Buhari’s) directive to a government committee on this assignment is that he liked to see a compact and reliable aircraft for the safe airlift of the President, the Vice President and other government officials that go on special missions,” Shehu added.

When asked whether the 9 aircraft remaining on the presidential fleet were necessary, he said that “This exercise is by no means complete.

Shehu added that “I am sure the Commander of the Presidential air fleet will, any time from now, call you to a ceremony at which he will hand over some other aircraft to the Airforce for their operations.

There have been repeated calls on the president to lead by example and cut down the number of aircrafts in his fleet as part of measures to cut down on government spending.