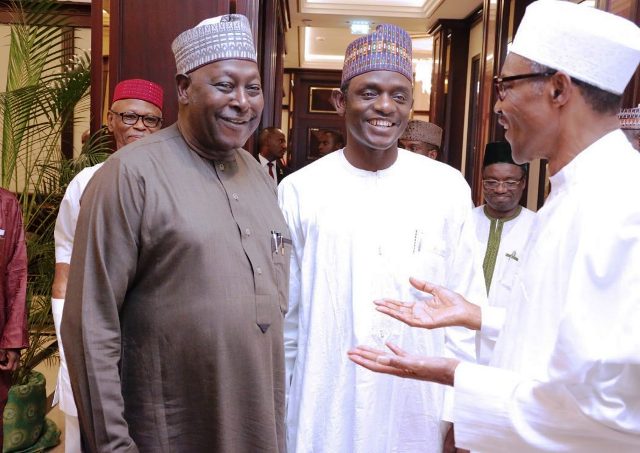 President Muhammadu Buhari has sacked Babachir Lawal, the suspended Secretary to the Government of the Federation (SGF), and Ayo Oke, the suspended Director General of National Intelligence Agency (NIA).

Boss Mustapha, a chieftain of All Progressives Congress (APC), has been appointed to replace Lawal.

According to a statement issued by Femi Adesina, Senior Special Adviser to the President on Media and Publicity, on Monday, Buhari took the decision after studying the report of the investigative panel set up to probe allegations of corruption and abuse of office made against Lawal and Oke.

The three-man committee was chaired by Vice President Yemi Osinbajo, and its members were Abubakar Malami, Attorney General of the Federation and Minister of Justice, and Babagana Monguno, National Security Adviser.

“President Muhammadu Buhari has studied the report of the panel headed by the Vice President, Prof Yemi Osinbajo, SAN, which investigated allegations against the suspended Secretary to the Government of the Federation, Mr Babachir David Lawal, and the Director General, National Intelligence Agency (NIA), Ambassador Ayo Oke,” Adesina stated.

“The President accepted the recommendation of the panel to terminate the appointment of Mr Lawal, and has appointed Mr Boss Mustapha as the new Secretary to the Government of the Federation. The appointment takes immediate effect.

“President Buhari also approved the recommendation to terminate the appointment of Ambassador Oke, and has further approved the setting-up of a three-member panel to, among other things, look into the operational, technical and administrative structure of the Agency and make appropriate recommendations.”

Adesina’s statement did not say whether the sacked public officers would be prosecuted by the appropriate authorities.

Lawal was suspended following an allegation by the Senate ad-hoc committee on the North East that he awarded contracts worth hundreds of millions of naira to a company he owns.

The contract, according to the senate committee, was to “remove invasive plant species” from the Yobe State water Channels.

Oke, on the other hand, was shown the exit door after the EFCC found dizzying sums of money stashed in hidden fire-proof cabinets at a luxurious residential building in Ikoyi, Lagos.

Following the discovery, Oke said that the money belongs to the NIA and was approved by for the agency by former President Goodluck Jonathan for some “covet security operations”.

Buhari to spend two weeks in UK on medical check-up

Nigeria is in serious danger, falling apart under Buhari —…