SINCE the outbreak of coronavirus disease (COVID-19) that was first reported from Wuhan, China, on 31 December 2019, the world has been battling with a pandemic that is spreading like wild fire across countries.

According to the World Health Organisation (WHO), the novel coronavirus has been reported in 134 countries while a total of 5,117 deaths have so far been recorded.

While China, where the first case was reported has been the worst hit with over 80,000 cases, reported so far and over 3000 deaths recorded, the novel virus code named COVID-19 by the WHO does not differentiate between social status.

As of March 11, the WHO revealed that over 110, 000 cases have been recorded. Th world health body said more deaths should be expected in the coming weeks and it has since declared it pandemic.

“We have never before seen a pandemic sparked by a coronavirus,” Tedros Adhanom Ghebreyesus, Director General of the WHO revealed while meeting with journalists, in Geneva, to officially recognise the outbreak as a pandemic.

“COVID-19 can be characterised as a pandemic,” he said. “The spread and severity of the deadly new coronavirus, which has infected more than 110,000 people and killed more than 4,000 are “alarming.”

While it continues to ravage the human race, affecting, businesses, social and political activities, prominent personalities are also being reported to have tested positive to the virus.

In this report, The ICIR focuses on prominent personalities that have contracted the virus. 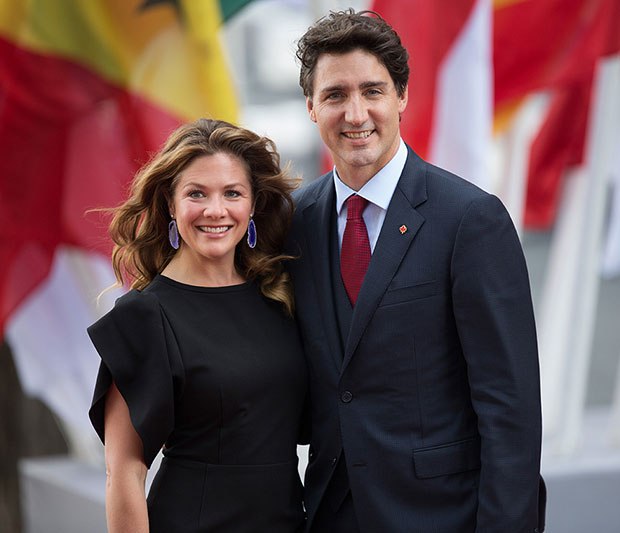 The news that Sophie Grégoire Trudeau, wife of Canadian Prime Minister,  Justin Trudeau, tested positive for the coronavirus did not necessarily come as a shock following the number of personalities that have so far been confirmed positive.

According to reports, Sophie Grégoire began to experience the symptoms shortly after her return from the United Kingdom on Wednesday night.

“She will remain in isolation for the time being. She is feeling well, she is taking all the recommended precautions and her symptoms remain mild,” a statement from the PM office read.

Though, her husband, Trudeau is still said to be in stable condition without any symptoms, the statement from his office says both couples have been placed on isolation. They are expected to be under observation for the next 14 days.

Irene Montero is Spain’s Minister of Equality and one of the latest among the world’s prominent personalities to have confirmed cases of the COVID-19 virus. Reports say the news broke barely hours, the cabinet was about to convene an important meeting to discuss an emergency action plan to possibly see ways to contain the virus.

Spain ranks high among nations with high casualties. Live update of the coronavirus showed that the country has recorded over 726 new cases from about 3,003 total cases and 84 deaths since the outbreak.

It ranks 5th in the list of affected nations preceded by South Korea which has so far recorded 7,869 cases.

The cabinet member has since been on observation with her partner, Pablo Iglesias, Deputy Prime Minister since the discovery.

“The minister Irene Montero is in a good condition and second deputy prime minister Pablo Iglesias is also in quarantine due to the situation,” a statement reported by the economictimes read.

Among the latest confirmed cases of the COVID-19 virus is Tom Hanks and wife, Rita Wilson. The Hollywood star came out publicly Thursday to make the announcement through his verified social media handle.

With his over 7.3 million followers on Instagram, Hanks said he and his wife had initially noticed symptoms of the virus before they resolved to visit the hospital for affirmation.

“Hello, folks. Rita and I are down here in Australia. We felt a bit tired like we had colds, and some body aches. Rita had some chills that came and went. Slight fevers too. To play things right, as is needed in the world right now, we were tested for the Coronavirus, and were found to be positive,” he stated in a report by Forbes.

“Well, now. What to do next? The Medical Officials have protocols that must be followed. We Hanks’ will be tested, observed, and isolated for as long as public health and safety requires. Not much more to it than a one-day-at-a-time approach, no?

“Take care of yourselves!

Member of United Kingdom Parliament, Nadine Dorries is one of the latest personalities to be confirmed positive for the virus infection after being tested.

The UK Department of Health says Dorries initially showed symptoms of the ailment the very day she attended an event hosted by the Prime Minister, Boris Johnson at Downing Street as part of activities to commemorate International Women’s Day.

She was also in contact with another female lawmaker, Rachael Maskell, who has also been advised to stay in isolation to prevent likely spread of the infection.

On Friday 6th March, the next day after the meeting, Dorries was said to have undergone surgery in her constituency, also witnessed by 12 persons. It is, however; uncertain if the person she came in contact with has also be confirmed positive, they were advised to remain in self-isolation.

So far, about six persons have been declared dead due to the virus with 382 reported cases.

On March 9, Franck Riester, the French Culture Minister  has also tested positive to the virus. As confirmed by the Ministry he supervises, Riester reportedly met with about five members of the country’s National Assembly who were confirmed positive for the virus.

Riester is among other notable politicians in Spain, France and other parts of Europe who have tested positive.

Iraj Harirchi, Head of the Iranian Counter-Coronavirus Task Force was confirmed positive after he reportedly downplayed severe dangers of the virus. Apart from him, report by Times magazine says Esmail Najjar, the head of Iranian Crisis Management Organisation was also placed on isolation after having contact with the virus.

No official record to confirm if they have recovered from the virus, but, just like other confirmed cases, they can only hope until a possible cure is discovered.

Football they say communicates a universal language capable of breaching peculiar gaps and fostering unity. So, the news of COVID-19 pandemic resulting to match cancellation became worrisome to football lovers.

Odion Igahlo,  Nigerian footballer formerly based in China as a football player was at a time temporarily suspended from resuming in his new football club – Manchester United due to concern of being likely infected until he was cleared. But, the most disturbing news came on Tuesday when Nottingham Forest and Olympiakos Club owner, Evangelos Marinakis was diagnosed and was confirmed positive.

“The recent virus has ‘visited’ me and I felt obliged to let the public know,” Marinakis said. “I feel good as I take all the necessary measures and I discipline to the doctor’s instructions,” he added in BBC report.

‎COVID-19 has made world’s rich richer, the poor…