Claim that Agboola Ajayi, ZLP candidate for Ondo governorship poll withdrew from the race is FALSE 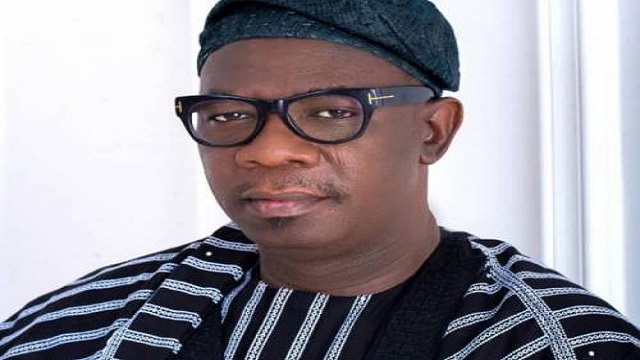 
VIRAL WhatsApp texts and image which claim that Agboola Ajayi, the candidate of the Zenith Labour Party (ZLP) for the Ondo state governorship election has reportedly dumped his governorship ambition and withdrew from the race is making rounds on social media.

The texts alongside the ZLP candidate’s withdrawal letter written on the party’s letterhead paper were forward on Saturday, October 10, 2020 to the FactCheckHub by a concerned Nigerian for verification.

The texts read: “BREAKING: ZLP candidate, Ajayi Agboola has reportedly dump his governorship ambition, and withdraw from the race.” (see the image below)

Ondo is a state in Western Nigeria.

he race to elect a new governor for Ondo state is ongoing as at press time, as three major contestants including the ZLP candidate, Agboola Ajayi, slug it out at the poll.

The other major contestants in the election are Rotimi Akeredolu of the All Progressives Congress (APC) and Eyitayo Jegede of the Peoples Democratic Party (PDP).

That the ZLP candidate in the Ondo state gubernatorial election, Agboola Ajayi, has reportedly dumped his governorship ambition and withdrew from the poll.

The FactCheckHub reached out to Babatope Okeowo, the Chief Press Secretary to the Deputy Governor of Ondo State, Agboola Ajayi, to verify the image and viral WhatsApp post.

In his brief response to the FactCheckHub’s enquiry via his WhatsApp number, he stated that it’s “fake news”.

Similarly, Comrade Allen Sowore, the Media Adviser to the Deputy Governor (Agboola Ajayi), in a press statement on Saturday also debunked the post and withdrawal letter.

“Again, the attention of the Deputy Governor and candidate of the Zenith Labour Party (ZLP), Agboola Ajayi has been drawn to a forged resignation letter from the Governorship Election holding today, Saturday- 10 October, 2020…”

“For the umpteenth time, and for the purposes of clarity and emphasis, the Deputy Governor and candidate of ZLP, Agboola Ajayi will not resign or back out from the race he’s winning ultimately.

“The general public, members of our great party and most importantly the electorate should therefore disregard this latest antics…” the statement reads in part.

Further findings by the FactCheckHub show that the image (ZLP letter) announcing the withdrawal of Ajayi from the poll was not dated. It also noted that the letter was signed by Ajayi, instead of the party’s state chairman, as obtained normally.

In the statement titled: ‘Disregard their propaganda & lies of withdrawal of H.E, Hon. Agboola Ajayi from the governorship race’, he said; “This is entirely false! A letter without a date and bearing a falsified signature of our candidate on the letter-headed paper of ZLP cannot deter our resolve to vote out the anti-people forces.”

He added: “Please note that Hon. Agboola Ajayi deos not sign letters on the ZLP letter-headed paper as he is not the Chairman of the party.”

From all information gathered and presented above, the claim that the Zenith Labour Party (ZLP) candidate in the Ondo state gubernatorial election, Agboola Ajayi, has withdrawn from the poll is FALSE.