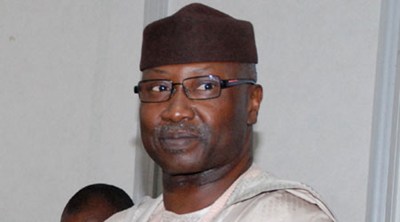 The name, Boss Gida Mustapha, was relatively unknown in Nigeria until Monday, when he was announced as the new Secretary to the Government of the Federation, to replace Babachir Lawal, a.k.a ‘The Grasscutter’.

Also, not many people know that President Muhammadu Buhari had already approved the appointment of Mustapha as Managing Director of the National Inland Waterways Authority (NIWA).

Having graduated from Ahmadu Bello University (ABU), Zaria, and the Nigerian Law School, Lagos in 1979 and 1980 respectively, Mustapha’s first professional work experience was as a Youth Corps Member at the Directorate of Legal Services of the Army Headquarters.

He later joined Messrs Onagoruwa & Co in 1983, after a brief stint with Sotesa Nigeria Limited, an Italian firm.

In 1984, Mustapha was appointed a principal counsel at Messrs Mustapha and Associates, where he worked until 2000.

Mustapha is also a practising Christian and was once the National Coordinator of Full Gospel Business Men’s Fellowship International.

Mustapha was a member of the Peoples Solidarity Party in old Gongola State before joining the Social Democratic Party (SDP) where he rose to become State Chairman from 1989 to 1990.

In 1991, following the creation of Adamawa State, Mustapha ran for the governorship position of the state under the SDP.

However, after the return to democracy in 1999, he joined the Peoples Democratic Party where he became zonal coordinator during the 2003 general election.

Between 2010 and 2013, Mustapha served as the Deputy National Chairman of the defunct Action Congress of Nigeria (ACN), which later metamorphosed into the present-day All Progressives Congress (APC).

Mustapha was drafted in as a member of APC Presidential Campaign Organization Mobilization during the run-up to the 2015 general election, having lost the Adamawa governorship primaries of the party.

After the APC was declared victorious, Mustapha was also co-opted into the transition committee preparatory to the takeover of Buhari from the PDP.

He is also a member of the APC Board of Trustees.

Shehu Sani: Nigerians are questioning the sainthood and angelic posturing of this govt