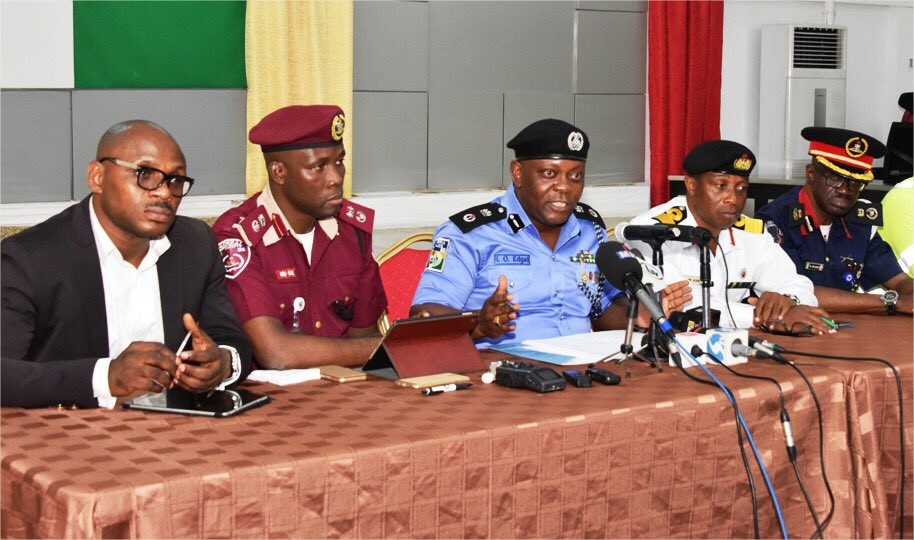 Nigerian users on Twitter have reacted forcefully to the declaration of Thursday as a work-free day in Lagos state as the state prepares to host President Muhammadu Buhari for two days.

The declaration was made on Tuesday by Kehinde Bamigbetan, Commissioner for Information and Strategy. He said the declaration of a state-wide day-off was to enable residents to come out en masse to welcome the President.

Imohimi Edgal, Commissioner of Police, also said on Tuesday that there would be temporary road closure and diversions in some areas, including Ikeja, Agege, Maryland, Ikoyi, and Victoria Island.

He said the President would be attending a colloquium to mark the 66th birthday of Asiwaju Bola Tinubu at Victoria Island, and the official flag-off of the construction of the Lekki Deep Sea Port Project in Epe.

Following the statement, the Lagos State Government (@followlasg) shared the declaration on Twitter, and reiterated that it is meant to enable Lagosians come out en masse to welcome the President, who is on “a historic two-day visit” to the state.

The Lagos State Government has declared Thursday, March 29 as work free day in the State. #PresidentialVisit

The work-free day will enable Lagosians come out enmasse to welcome President Muhammadu Buhari who is on a historic two-day visit to Lagos State. #PresidentialVisit pic.twitter.com/dtm2IueP74

In reaction to this announcement, Nigerians, such as Pius Adesanmi, Japhet Omojuwa, Ayo Sogunro, Joe Abah and Reno Omokri, did not hide their disappointment. While some were blunt, others were tongue-in-cheek.

Can someone please explain to me why @followlasg is shutting down the 4th largest economy in Africa for 1 day because President Buhari is visiting? If @AkinwunmiAmbode cannot see the implications, @MBuhari MUST! We’ve successfully fought “Environmental Saturday’s”, now this? Smh

In animal society, there is punishment for crime or dereliction of duty that harms d social body. Queen bee disciplines errant bees. Lagos is a pile of garbage. Ambode has punished nobody. Instead, five Govs & Buhari put one leg on top of another leg to reward Lagos with visits.

Please guys don't forget to buy your handkerchief, white socks and kito sandals during your lunch break today so you can look sharp while out en masse to wave at Buhari as he storms Lagos tomorrow.

I apologize for actually thinking people wouldn't come out to greet buhari, I just remembered some people here were paid 10k to tweet Lagos was actually clean

To show how Nigeria has sunk under Buhari, the APC Lagos Governor declared tomorrow public holiday to celebrate PMB’s visit to Lagos. Lagos has an annual GDP of $100 billion. By shutting the state down, Lagos loses $250 million. Do you see why our economy collapsed under Buhari?

It’s hard to understand the logic behind declaring public holiday and shutting down Lagos because Buhari is commissioning a busstation. A bus station, not even an airport or a major road.What will happen if Buhari were to commission a power station? Would they close down Nigeria?

Common sense says whenever the present visits Lagos on a workday he should use a chopper from the airport to the Island. Naija sense says shutdown Lagos with a public holiday instead. It is clear we aren’t serious!

Lagos went from a 'street smarts' city to a 'megacity' to a dumb city.

The way Mr Ambode tosses the state, one can easily forget this was once a state whose stubborn restlessness prompted the military to flee from Dodan Barracks to the safety of Aso Rock.

Lagos is the size of many countries. Both in population and size of its economy. So, let's get this straight…an entire state is shut down with a random "public holiday" just to commission a project?

A President cannot visit a state without creating disruptions for millions?!

The children of Dapchi and a country that was

INTERVIEW: I have no words that can cure Buhari’s illness — Odinkalu [Part II]

INTERVIEW: How Nigeria’s insecurity is aided by too many ungoverned territories…

REMINDER: 10 times Buhari, his ministers were “not aware” of obvious…