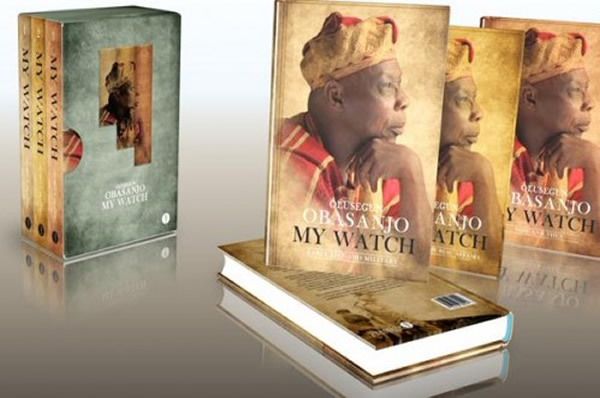 An Abuja High Court on Wednesday ordered the Inspector General of Police, Director-General of State Security Services, SSS, and Controller General of Nigeria Customs Services, NCS, to confiscate the book titled “My watch” authored by former President Olusegun Obasanjo from all public vendors.

Justice Valentine Ashi also asked Obasanjo to within 21 days tell the court why he should not be punished for contempt of court for disobeying a court order delivered on December 5, restraining him from publishing the book.

The book was launched on Tuesday in Lagos.

The judge directed that the recovered books should be kept with the registrar of the court pending the determination of the suit and restrained the defendant from further printing, publishing or circulating the book which, he said “touches on the subject matter of the suit before the court.”

Earlier, counsel to Obasanjo, Realwan Okpanachi, told the court that the book was published before the order was granted.

Okpanachi argued that the book had been in circulation since November and the order was made on December 5.

Counsel to Buruji Kashamu, the plaintiff, Alex Izinyo, submitted that the defendant`s application was a calculated attempt to deceive the court.

“My lord, the burden of proof lay with the defendant to show the court three volumes of the book,” he said.

Ashi adjourned the case to January 13, 2015, for hearing of the substantive case.

FACT CHECK: The many social media lies of Lauretta Onochie,…