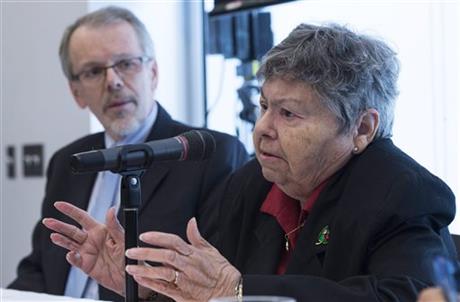 Three tobacco giants have been ordered by a judge to pay smokers in Quebec US$12 billion in a landmark case that could be the biggest class-action lawsuit in Canada’s history, AP has reported.

Superior Court Justice Brian Riordan said the companies did not inform relevant authorities or the public directly of what they knew and thereby chose profits over the health of their customers. The judge also ordered the companies to pay an initial compensation of US$800 million within the next 60 days, irrespective of whether they decide to appeal the ruling.

JTI-Macdonald, Imperial Tobacco and Rothmans, Benson & Hedges were sued by over one million people, who argued that they knew they were putting out harmful products into the market without making known the health implications.

“The companies earned billions of dollars at the expense of the lungs, the throats and the general well-being of their customers,” Riordan said, adding, “If the companies are allowed to walk away unscathed now, what would be the message to other industries that today or tomorrow find themselves in a similar moral conflict?”

The three companies said they will appeal, as they argued that people knew about the hazard of smoking and that the products had legal backings to be sold.

“These cases are far from over. We will vigorously appeal this lower court’s judgment,” Anne Edwards, RBH spokeswoman, said.

According to the court’s payment arrangement, Imperial Tobacco will pay 67 per cent, Rothmans, Benson & Hedges 20 per cent, and JTI-Macdonald 13 per cent.

Andre Lesperance, one of the victims’ lawyers, said they were satisfied with the ruling.

“These three companies lied to their customers for 50 years and hurt their right to life. It’s a great victory for victims as well as for society in general.”

The case began in 2012 after the original two separate cases filed in 1998 were consolidated in 2005.