COVID-19: Only two per cent of global vaccination done in Africa -WHO— 3mins read 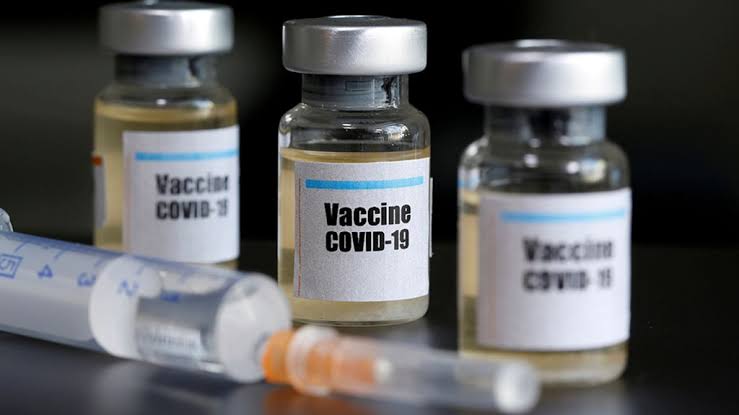 ONLY two per cent of global vaccination against COVID-19 has been done in Africa, the World Health Organization (WHO) said on Thursday.

The agency noted that Africa had less than two per cent of 690 million COVID-19 vaccine doses administered globally.

It added that for the past two months, the region had seen a plateau of around 74,000 new cases per week, with Kenya experiencing a third wave of the epidemic. It noted that cases  abounded in 14 other African countries, including Ethiopia, Eritrea, Mali, Rwanda and Tunisia.

Speaking at a virtual press conference on the roll-out of COVAX vaccines in Africa, the benefits of accessing vaccine, as well as the risks of vaccine hesitancy, facilitated by APO Group, WHO’s Regional Director for Africa Matshidiso Moeti, who was joined by other experts, said fair access to vaccine and readiness of people to take jabs were key to defeating the pandemic.

A statement mailed to The ICIR by the WHO on the meeting said 45 African countries had received vaccines and 43 of them had begun vaccinations. It further said that the pace of vaccine roll-out had not been uniform. Ninety-three per cent of the doses given in Africa had been done by 10 countries, the statement stated.

“Although progress is being made, many African countries have barely moved beyond the starting line. Limited stocks and supply bottlenecks are putting COVID-19 vaccines out of reach of many people in this region,” Moeti was quoted as saying, adding that fair access to vaccines must be a reality if the world was to collectively make a dent on the pandemic.

She further noted that “Africa is already playing COVID-19 vaccination catch-up, and the gap is widening. While we acknowledge the immense burden placed by the global demand for vaccines, inequity can only worsen scarcity. More than a billion Africans remain on the margins of this historic march to overcome the pandemic.”

The statement said vaccine roll-out preparedness, including training of health workers, prelisting priority groups and coordination had helped some countries to quickly reach a large proportion of the targeted high-risk population groups such as health workers.

The 10 countries that had vaccinated the most population against COVID-19 on the continent used at least 65 percent of their supplies, said the WHO.

The need for continued use of AstraZeneca vaccine in Africa versus  arguments against its use was also emphasised at the meeting.

“The WHO’s Global Advisory Committee for Vaccine Safety this week concluded that the link between the AstraZeneca vaccine and the occurrence of rare blood clots is plausible but not yet confirmed. This follows the European Medicines Agency’s announcement that unusual blood clots should be listed as very rare side-effects of the vaccine.

“Among the almost 200 million individuals who have received the AstraZeneca COVID-19 vaccine around the world, cases of blood clots and low platelets is extremely low.

“The Global Advisory Committee for Vaccine Safety continues to gather and review further data while carefully monitoring the rollout of all COVID-19 vaccines. Based on current information, WHO considers that the benefits greatly outweigh the risks and that countries in Africa should continue to vaccinate people with the AstraZeneca vaccine, part of the release reads.

It went on: “Once delivered, vaccine rollout in some countries has been delayed by operational and financial hurdles or logistical difficulties such as reaching remote locations. WHO is supporting countries to tackle the challenges by reinforcing planning and coordination, advocating more financial resources as well as setting up effective communications strategies to address vaccine hesitancy and misinformation.

“The delays are not only affecting vaccine delivery to priority targets but expanding vaccinations to the rest of the population, some of whom have expressed eagerness to receive the doses. WHO set a target to start vaccinating health workers and other priority groups in all countries in the first 100 days of 2021.”

Some of the participants at the meeting, which had journalists from across the globe were Director of Population of Ministry of Health, Morocco,  Abdelhakim Yahyane; UNICEF Regional Director for Eastern and Southern Africa Mohamed Malick Fall; Director, of Regional Emergency Preparedness and Response Salam Gueye; Immunization and Vaccine Development Programme Coordinator of WHO Regional Office for Africa Richard Mihigo.

UNILAG to close down tomorrow over resurgence of COVID-19 on…