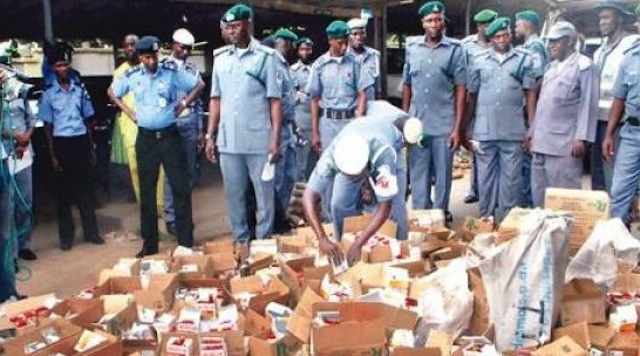 The Nigerian Customs Service has seized a 20ft container of cooked and ready to eat food, like Egusi Soup, Jollof Rice, Ogbono, Yam Porridge imported from India at the Tin-Can Island Port in Lagos.

The Customs Area Controller Tin-Can Island Command, Comptroller Bashar Yusuf who disclosed this in a statement on Monday said the container of imported prepared foods have been handed over to the officials of the National Agency for Food and Drug Administration and Control.

He described the scenario as an “aberration”, considering the fact that government granted zero duty for the importation of machinery for the packaging of agricultural products.

Yusuf in a statement by the Public Relations Officer of the Command,  Uche Ejesieme, said “Why should indigenous menu be imported into the country at a time when investors are much sought after to boost local industries.”

Meanwhile, the controller said the command generated N25.7bn in November, up from N25.3bn recorded in October.

Yusuf said that the higher revenue was recorded in spite of the recession and low imports.

He said that the command would continue to explore all avenues for maximum revenue collection.

According to him, this is in view of the exigencies of the moment, which placed more responsibilities on the service.

Yusuf urged potential investors to take advantage of the numerous export potential in the country for their socio-economic benefits.

NAFDAC warns Nigerians against use of fake COVID-19 vaccines