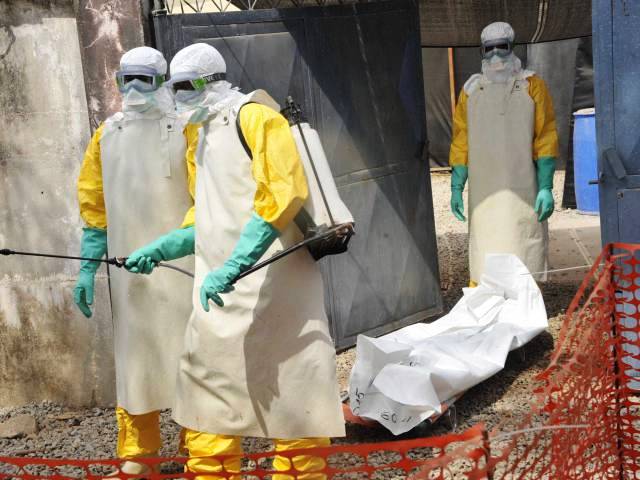 The World Health Organization, WHO, has declared an Ebola outbreak in the Democratic Republic of Congo after an individual was confirmed to have died of the virus in the country’s North East.

The Congolese health ministry had notified the WHO of a “lab-confirmed case” of Ebola.

More than 11,000 people died in the Ebola outbreak in West Africa between 2014 and 2015, mainly in Guinea, Sierra Leone and Liberia.

The last outbreak of Ebola in the Democratic Republic of Congo was in 2014 and killed more than 40 people.

WHO Congo representative, Allarangar Yokouide, said in a statement on Friday that out of the nine people suspected to have contracted the deadly virus, three died, but only one was confirmed after tests at the national laboratory in the capital Kinshasa,.

People began to get sick on or after 22 April in Bas-Uele province in the country’s far north, he added.

The region affected lies 1,300 kilometres North East of Kinshasa, close to the border with the Central African Republic.

“It is in a very remote zone, very forested, so we are a little lucky. But we always take this very seriously,” WHO Congo spokesman Eric Kabambi told the media.

The WHO described the outbreak as “a public health crisis of international importance”.

It said the first teams of experts, including epidemiologists, biologists and hygiene specialists had been dispatched and were due to arrive in the affected region by Friday or Saturday.

While this outbreak will be extremely worrying for communities in this remote part of northern DR Congo, it is important to remember that the country has stamped out more Ebola outbreaks than any other place on earth.

Ebola was first identified in DR Congo, then Zaire, in 1976 and since then, there have been at least nine outbreaks in the country.

The last was in 2014, when – at the same time – parts of West Africa were fighting a separate outbreak, the worst in history.

DR Congo was able to bring an end to its epidemic within four months.

In West Africa, which had never experienced an Ebola outbreak before, it took two years.

Authorities in the DR Congo will need to act quickly to contain the virus, and ensure it doesn’t spread to more populated areas.

This time, for the first time, health officials have another weapon they can use. The world has an experimental vaccine that could be deployed if needed.