THE government of Ghana has disclosed the reason why the premises of the High Commission of Nigeria in Accra was demolished last Friday by unknown men.

Shirley Ayorkor Botchwey, Ghana Minister of Foreign Affairs and Regional Integration, in a statement on Thursday, said though there is evidence that Nigeria had paid for the 4 -acre parcel of land, it is yet to possess the Title Certificate to the property from the Lands Commission.

Botchwey was a member of the Committee, comprising officials of the Ministry of Foreign Affairs and Regional Integration, the Lands Commission, National Security Secretariat and the Ghana Police Service, that investigated the violation of the Nigerian territory in Ghana.

The preliminary finding shows that the Lands Commission, a government agency responsible for land registry in Ghana, confirmed that the letter of  August 7, 2000,  granting allocation and right of entry to the Nigerian High Commission, “was genuine and, indeed, emanated from its Head Office.” 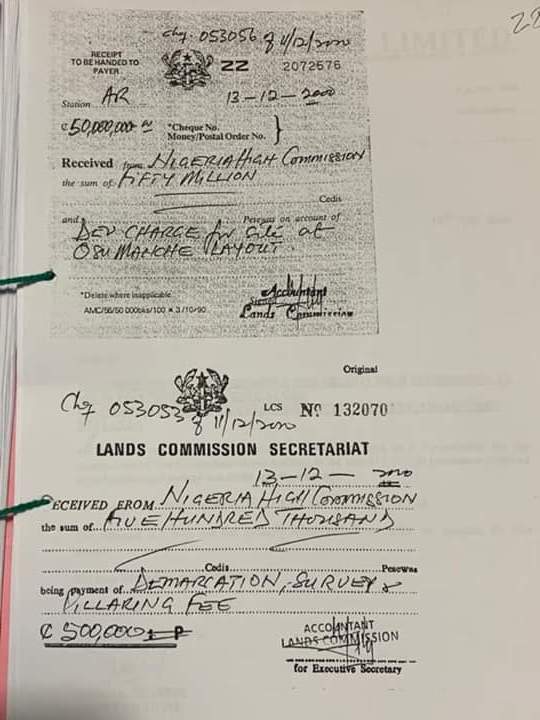 The High Commission of Nigeria further presented receipts of payments on the said land, made by Bankers Draft payable to the Executive Secretary of the Lands Commission.

But  the Nigerian High Commission failed to perfect the title document.

The Lands Commission, therefore, advised the High Commission of Nigeria to provide relevant documents on ownership of the land, but  Nigeria did not respond. 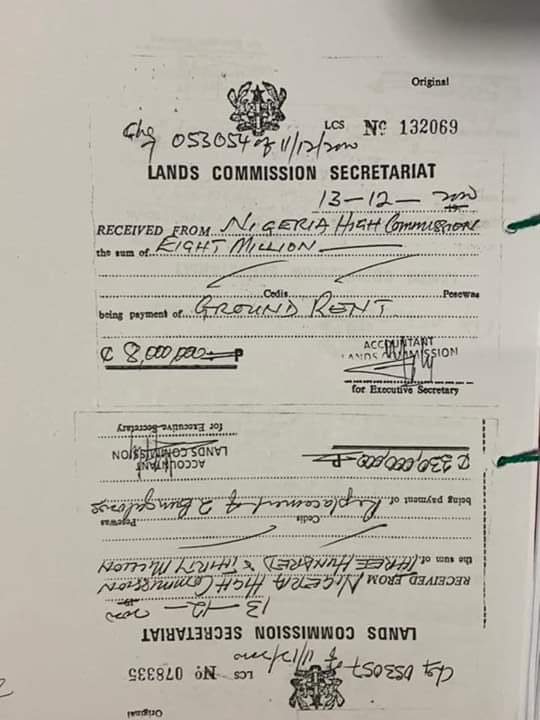 “Based on the silence of the High Commission of Nigeria, the Lands Commission went ahead and issued a Land Title Certificate covering the said parcel of land to a third party,” the Committee report stated.

The ICIR later confirmed that the “third party” is GLICO Healthcare Limited, a subsidiary company under the GLICO group owned by Dr. Andrew Kwame Achampong-Kyei, a Ghanaian business mogul.

“Unfortunately, owing to the fact that the High Commission did not obtain a lease following the allocation letter, or proceed to obtain a Land Title Certificate or even a building permit for the new property, a search by the Lands Commission did not show that any proper documentation had been obtained in respect of the property,” the Committee stated.

So on June 16, a group of armed men showed up at the premises and demolished the fence around the premises.

Three days later they brought down a part of the building in the presence of arms-bearing security men.

Geoffrey Onyeama, Nigerian Minister of Foreign Affairs, has condemned the demolition in his tweet on Sunday.

“We strongly condemn two outrageous criminal attacks in Accra, Ghana on a residential building in our diplomatic premises by an unknown person in which bulldozer was used to demolish the building.”

The minister was relying on articles 22 and 30 of the Vienna Convention on Diplomatic Relations that stipulate that the premises of the Mission as well as the private residence of a diplomatic agent shall be inviolable.

He asked the Ghanian government to find the perpetrators and provide adequate protection for Nigerians and their property in Ghana.

The following day, the Paramount Chief of the Osu Traditional Area and the President of the Greater Accra Regional House of Chiefs, Nii Okwei Kinka Dowuona VI said in a statement the land on which the building was built belongs to Osu Stool.

Nii Kinka Dowuona VI condemned the Ghanaian government of inviting the “trespassers” to produce documentation for their parcel of land.

“The Osu Stool remains the owner of the said parcel of land and wishes to notify the general public that all other intended users of the property must first seek the permission of the stool.

“The Stool informs the general public that there has never been a purchase of any parcel of land from it by the foreign office of the Nigerian High Commission.”

Despite the disclosure, the Stool did not admit that it was responsible for the demolition.

The latest news reports in Ghana disclosed that two people have been arrested in connection with the demolition.

The ICIR could not ascertain if Chief Dowuona VI is one of them.

A Ghanaian journalist, Koku Mawuli Nanegbe, has blamed the government of Ghana “for sleeping on their duty” by allowing diplomatic territory of a sovereign state to be so violated.

He expressed shock that the president who gets daily briefings on intelligence on security matters failed to prevent the demolition.

“It makes it murkier when State security agencies are the ones reported to have provided cover for the demolition, whereas an attempt to get the police in Ghana to intervene failed,” Nanegbe told The ICIR in a Whatsapp chat.

Nanegbe was referring to the statement of the Chief Security Officer at the Nigeria High Commission, Emmanuel Kabutey, who said police officers arrived at the scene, but they did nothing to stop the demolition.

Meanwhile, the government of Ghana has resolved that the Lands Commission will issue a Land Title Certificate to the High Commission of Nigeria to regularize its ownership of the property, and pledged to rebuild the demolished building to its original state, as soon as possible.

The government also promised to sanction the perpetrators in accordance with the laws of the land.

Considering the status of the people involved, and the timing of the offence, some Ghanaians think the suspects may go scot-free.

“The Government, without putting out the culprits’ names, claimed it has arrested 2 people of which this chief is one. But trust me, the prosecution won’t get anywhere. It won’t happen. This is where politics will play out, election is about five months away.

“This Government cannot have the balls to prosecute this chief. It is the reason they are not putting out their names,” a Ghanaian who requested anonymity because of the sensitivity of his position in Accra told The ICIR.

“Osu is a powerful traditional stool. The government might not take any action against the royalty because of 2020 election is around the corner,” Anthony Komlatse, a Ghanaian resident in Abuja, Nigeria said.