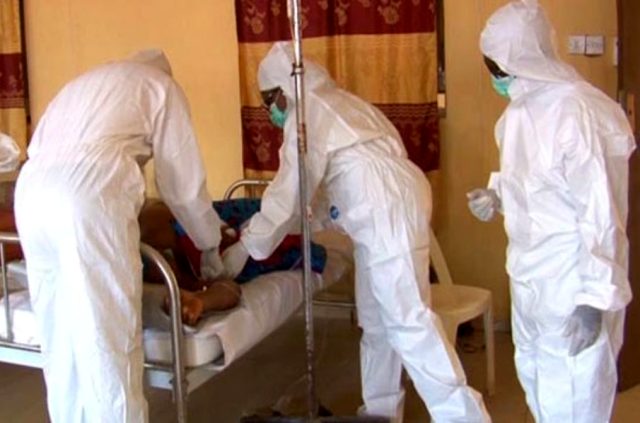 Despite the claims by Isaac Adewole, Minister of Health, and Chikwe Ihekwuazu, National Coordinator of the Nigeria Centre for Disease Control, that treatment for Lassa Fever is absolutely free of charge, some patients who were treated of the disease say they paid huge sums of money at Irrua Specialist Hospital, Edo State, the major hospital for treatment of Lassa fever in the country.

In a statement he issued exactly a week ago, in response to a report by TheGuardian that more people were dying of Lassa fever due to the high cost of accessing treatment, Ihekwuazu insisted that the Federal Government had provided free treatment for Lassa Fever patients in the country.

“We read with surprise the headline in the Nigerian Guardian newspaper on Sunday March 11 2018 stating that the prohibitive cost of treatment is engendering high mortality from Lassa fever,” Ihekwuazu had said.

“While we acknowledge the high cost of treating Lassa fever cases in Nigeria, especially the cost of the drug Ribavirin, we want to state unequivocally that the Federal Government of Nigeria has ensured that Ribavirin has been provided free-of-charge to patients, for every single case of Lassa fever reported in Nigeria in 2018.”

He added that some state governments had provided some equipment needed to combat the disease, thereby further subsidising the treatment.

Also, Adewole, writing on his official Twitter handle, described the report as false, affirming that Lassa fever treatment was free.

The Guardian Newspaper got it information wrong in its report on Lassa fever. Treatment for Lassa fever is free of cost to patients in all our hospitals across the country.

But a follow-up report by TheGuardian on Sunday showed that patients who were treated of Lassa Fever at Irrua Specialist Hospital, and other medical centres across the country, paid heavily for their treatment.

According to the report, only the drug ‘Ribavirin’ was given them free. They had to pay for every other thing, including a Lassa Pack, hand gloves, face masks, bed space and feeding.

Fredrick Patrick (not real names), a nurse at Federal Medical Centre (FMC) Jalingo, Taraba State, told reporters that he spent a total of N180,000 for all he bought when he was transferred to Irrua.

“My younger ones were made to pay N25, 000 for oxygen when I was unconscious, I was given one pint of blood, and had to give the donor N8, 000, and we also paid for the screening. I bought other medical items such as gloves, face mask, drugs and others.”

Before he was transferred to Irrua, Patrick had briefly been managed at FMC Jalingo, where he worked as a nurse and contracted the fever in the first place, after managing a suspected case. At the FMC, he also paid for all his treatment; only Ribavirin was provided FOC.

“At FMC Jalingo, I bought almost all the drugs by myself. I paid for bed space, as well as, meals and others just like in Irrua. I was buying Rocephin IV injection every day for morning and night and the cost was N3, 500 for one. So, I was buying two for N7, 000 per day for three days, plus other anti-malaria drugs that I bought,” he said.

He however admitted that management of Lassa Fever at Irrua was more comprehensive and advanced than it was at FMC Jalingo.

“For instance, at Jalingo, they will be giving you Ribavirin without testing your organs to see if the kidney is functioning well and receiving the drugs…Also, they will just discharge you after giving you the Ribavirin when they see you are clinically okay, without carrying out a confirmatory test. But that is not the case at Irrua.

“At Irrua, even though I appeared to be clinically okay, they still went ahead and did a confirmatory test and when the test returned positive for Lassa fever, they couldn’t discharge me. They continued treatment until I was negative before I was discharged.”

Another patient who was admitted at Irrua alongside his wife said both of them paid for their treatment.

“My wife and I were both admitted. I was discharged on February 1, and my wife was discharged on the 15th day of the same month. We had to buy so many drugs and medical items,” said Osaze Okunbor (not real names).

“There are other drugs and items that we bought on our own that were not recorded, such as Omeprazole, Biofem, which was very expensive. We were given the list and told to go and buy the drugs and our relatives did that while we were admitted,” he said.

Another lady, whose sister is still on admission at Irrua, also said she was told to look for N80,000 else “my sister’s healing will be affected because she needs to be on the drugs immediately”.

According to the NCDC, Lassa Fever led to the death of 43 persons, including medical personnel, between January 1 and February 3, 2018.

The acute viral haemorrhagic fever is known to be transmitted by rats.

If you’re not a senator, leave Ambode’s Lagos now!

I’m not worried about doctors leaving Nigeria, we have surplus… Ngige

If I’m corrupt, EFCC would have indicted me, says NHIS boss