Despite restriction order, Nigeria records 5,125 percent increase in Covid-19 cases within one month 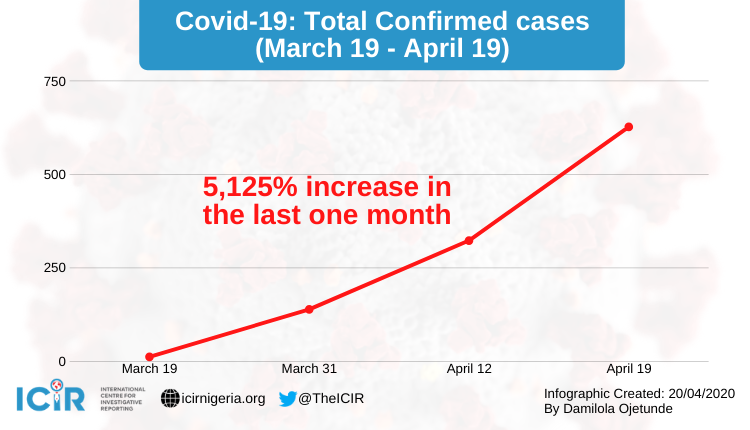 NIGERIA has recorded over 5,000 percentage increase in COVID-19 cases within one month despite lockdown directives by the Federal Government in Lagos, Ogun, and the Federal Capital Territory (FCT) and restriction order by other state governments.

On Sunday, April 19, Nigeria reported an additional 86 cases of COVID-19. This is the highest figure recorded in a day since the country recorded its index case on February 27.

Number of reported cases by the Nigeria Centre for Disease Control (NCDC) as of March 19 was 12. The figure has increased to 627, representing a 5,125 percent increase. 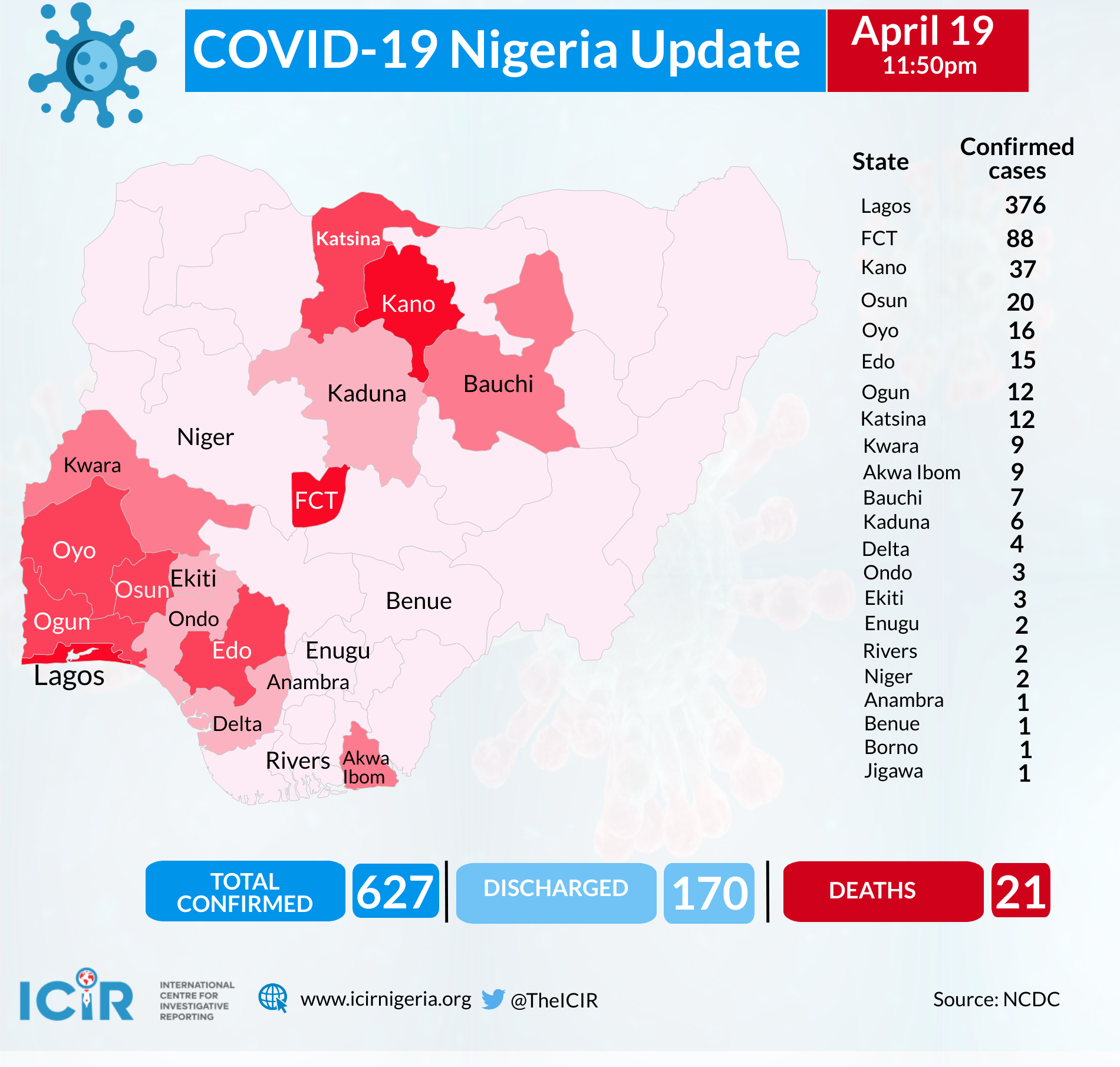 The number of reported cases of COVID-19 has increased significantly in Africa. As it stands now, reported cases on the continent are 22,992 with about 372,164 tests carried out. 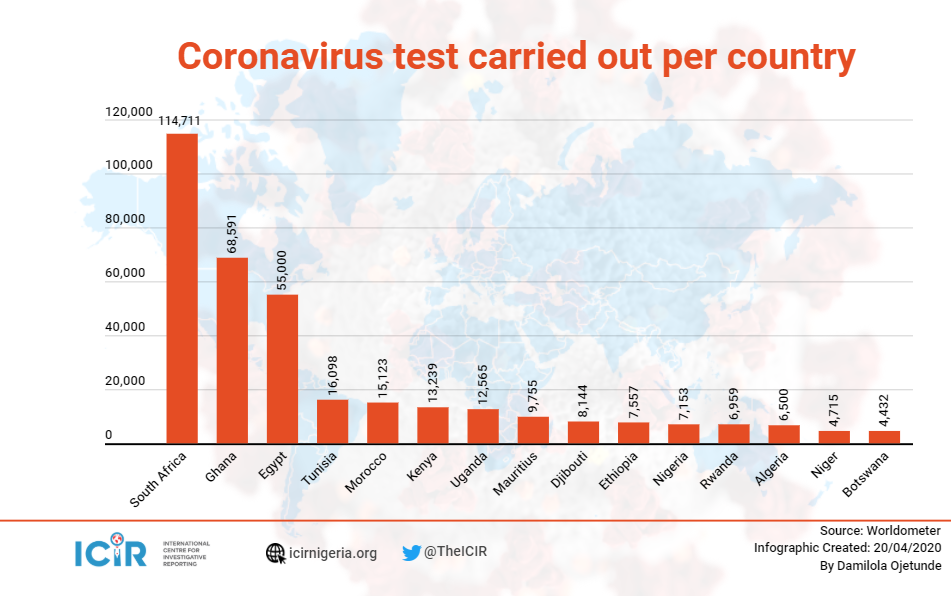 Watching closely the pattern of the data above,  countries with more testing have recorded more cases, an indication that the recent spike in the number of cases in Nigeria could be greater if testing is scaled up.

The World Health Organisation (WHO) has warned that Africa could be the epicenter of the coronavirus outbreak.

Earlier in the month, Professor Akin Abayomi, Commissioner of Health in Lagos State − epicentre of the pandemic in Nigeria had said 45 percent of new infections were traced to community transmission. Lagos State reported 70 cases on April 19, the highest from the state daily. He also said cases involving those who have returned from abroad are now 54 percent of infections.

“On Saturday, 49 new cases of COVID-19 were reported in Nigeria, with 12 of such cases in Abuja. There had been few cases in Mabushi but the majority of cases uncovered on Saturday were from the village, with health officials now putting the total at 12. One case was also uncovered at Gishiri village, another low-income but densely populated community in the territory. None of the identified cases had any recent history of foreign travel or coming in contact with a returnee,” the report said.