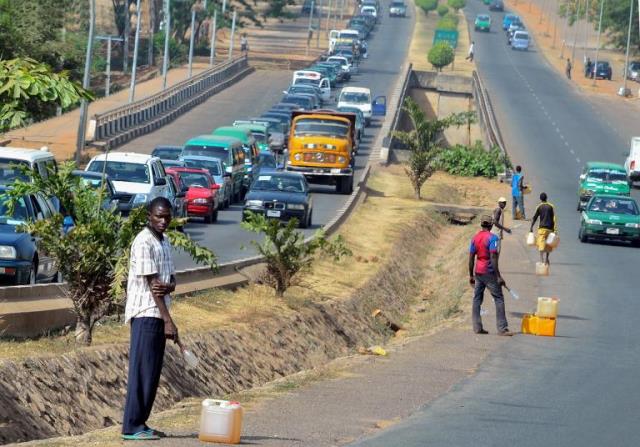 The Department of Petroleum Resources, DPR, has promised that the current fuel crisis bedeviling the capital city, Abuja, would end in a couple of days.

According to reports monitored on the News Agency of Nigeria, NAN, the DPR said about 3.2 million litres of petrol were released to the city from Suleja depot on Thursday.

Zonal spokesperson for DPR, Abuja, Mohammed Saidu, who gave the assurance on Friday, said that the volume supplied on Thursday would bring fuel supply to the city within two days to 9.3 million litres.

He said that 6.1 million litres of fuel were lifted by marketers from Suleja Depot on Wednesday to meet the demand of motorists in Abuja.

He, however, expressed optimism that the situation would improve before next week.

He warned marketers against hoarding or selling above the official pump price, adding that whoever was caught defrauding or cheating motorists would face the full wrath of the law.

He said that the DPR would take decisive action against such marketers or filling station owners.

Despite his assurance, long queues could still be seen in parts of the city and environs on Saturday as motorists struggled to get fuel for their cars.

A few filling stations that had the products could also be seen selling above the official pump price of N87 per liter.

Meanwhile, black marketers were seen on major streets of the city selling to motorists at prices between N200 to N250 per liter.

This is in spite of the purported setting up this week by the Federal Capital City, FCT, Police command, of a task force to combat illicit sale of petroleum products headed by the commissioner, Wilson Inalegwu.

Addressing the press during the week, the Abuja police chief warned that the task force would arrest and prosecute anyone caught selling petrol in jerry cans and other such containers.

In spite of this, black market sale of petrol continues even in the Abuja metropolis unchecked.