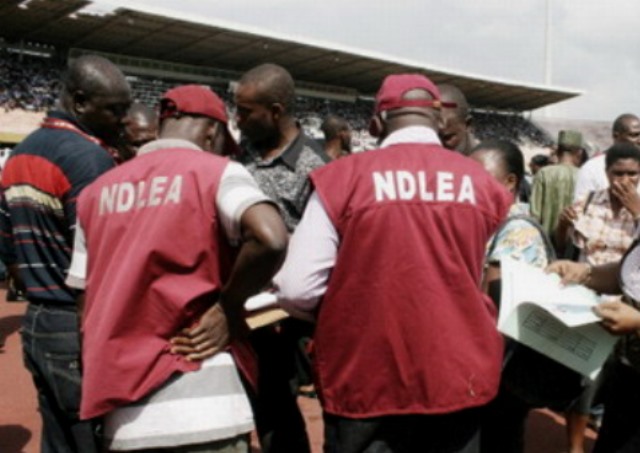 A witness in the alleged drug importation case instituted by the Nigerian Drug Law Enforcement Agency (NDLEA) against seven Indians and three Nigerians on Friday told the Federal High Court, Lagos, hearing the case how she uncovered the sum of N13.42 million belonging to one of the defendants.

The defendants were arraigned for allegedly smuggling 43.1 kilogrammes of cocaine into the country in 2021.

The Nigerian defendants are Tobi Ojo, Kunle Animashaun and Omozusi Enorose Terry. A maritime firm, Oilways Logistics and Energy Limited, was also listed as a defendant.

When hearing resumed, the NDLEA prosecutor, Theresa Asuquo, invited Charity Nwabuzor, an assets and finance investigator with the NDLEA, as a witness to narrate her findings while investigating the defendants.

She told the court that immediately the crew was arrested at the Tin Can Island port, NDLEA officials were informed and they observed as port officials interrogated the defendants.

Nwabuzor said that at the end of the interrogation, she got to work by requesting the written statements of the defendants, where links to their bank statements were established to investigate the matter further.

She added that together with her superior, she requested Ojo Godwin (at large), Oilways Logistics and Energy Limited and Ozasuwa’s account details from the bank. She said that the captain of the vessel also volunteered his account details.

She revealed that Oilways Logistics and Energy Limited had  naira and dollar accounts opened in Keystone Bank. She disclosed that she investigated the personal accounts of Godwin with Guaranty Trust Holding Company Plc (GTCO), Ozasuwa’s Sterling Bank account and Terry’s First Bank account and observed movements of illicit financial flows.

“What caught my eye is the movement of money from one account to another. From Franklyn’s GTCO and Oilways Naira account, starting from September 2020 –  January 2021, I discovered that Oilways moved N13,426,700 million into Ozasuwa’s Sterling Bank account.”

She also confirmed that the ship left Santos in Brazil on January 12 and arrived in Nigeria on January 28, 2021. She alleged that Ozasuwa moved over N2 million to Terry’s First Bank account.

Nwabuzor said through the vessel’s mandate and the statements, she found out that Osazuwa was lying about who he worked with, saying he was actually working with Blue Ocean Nigeria. She said the defendant also lied about the account he opened with Sterling Bank. She said while he claimed that the money that was transferred to him was from Oilways to pay dockworkers and secure the importation of a sugar shipment, he could not produce any payment plan of how the money would be disbursed to the dockworkers.

She told the court that when she was investigating Terry, she asked him to provide a statement, which she said he refused to send. She discovered that he was working for BUA Sugar Refinery. She noted that while Terry claimed he was employed by the firm in 2009, he was not paid any salary until June 2019. His salary was N100,000 per month, which was usually sent to one Linda Oluchi as airtime purchase.

The counsel to the defendants took their time to probe the witness, noting that she didn’t conduct a thorough investigation of the process if she could not find out all the parties that participated in the importation of the sugar, as well as write other finance organisations involved in the trade abroad.

She, however, revealed that the fourth defendant owned 23 bank accounts. She added that three firms abroad in the transactions included LL Security and Canfornav. She also noted that the sugar was imported by BUA. The counsel for defendants seven to 12 said the witness failed to establish all the details in the finance investigation.