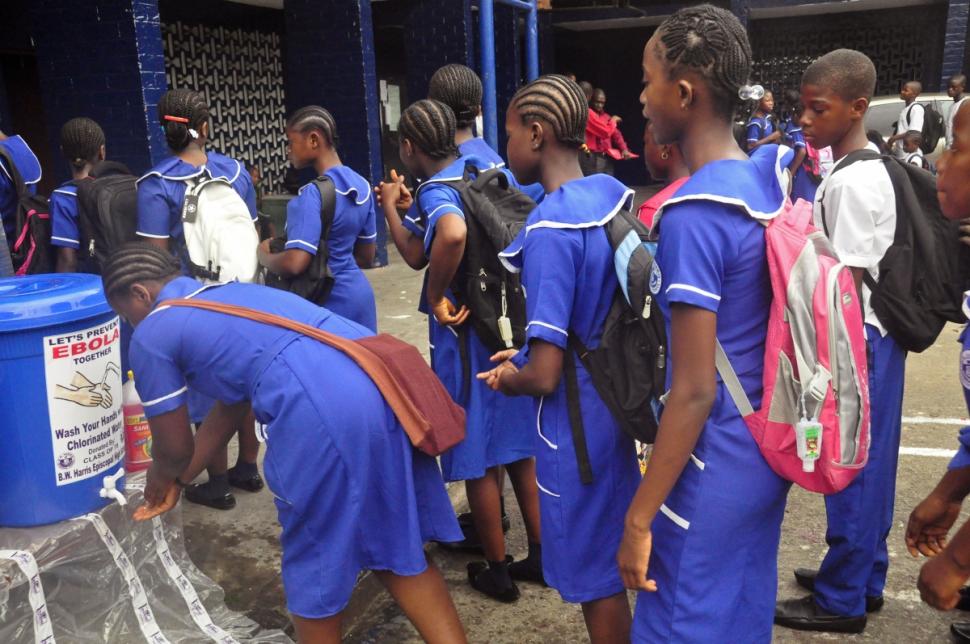 Following a six-month closure during the peak of the Ebola virus outbreak, schools in Liberia, one of the West African countries worst hit by the disease, reopened on Monday.

In Monrovia, the nation’s capital, returning students formed queues as their temperatures were taken.

Remses Kumbuyah, deputy minister of Education, said over 5,000 kits were acquired for schools, including thermometers and chlorine for hand-washing.

“They should wash their hands in chlorine and they should ensure that there is no touching while on campus,” Kumbuyah said.

School administrators are working assiduously to contain the spread of the virus among students, particularly with the country’s overcrowded classrooms where as many as 100 pupils can be found in a single classroom.

Kumbuyah said, “We are asking all the school administrators to ensure that a classroom should not have more than 45 or 50 students.”

More than 3,800 Liberians died in one of the worst ever outbreaks of the virus and health workers are warning that there still remains a risk of the disease spreading, even though there has been a substantial reduction in the number of cases.

Since Ebola broke out in Guinea in 2013, more than 9, 000 people have been killed, as the disease swept through Liberia, Guinea, Sierra Leone and Nigeria.

First Person Diagnosed With Ebola In The U.S Dies

First Person Diagnosed With Ebola In The U.S Dies