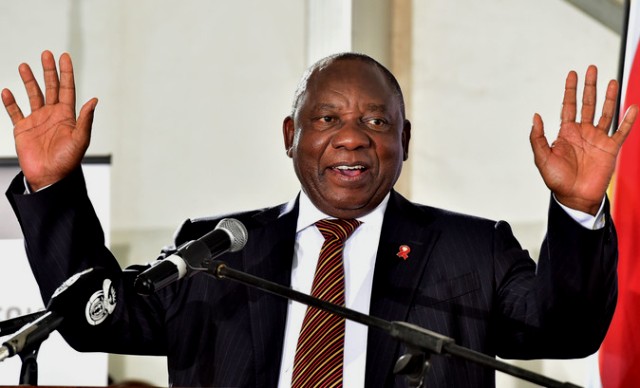 
Cyril Ramaphosa has been elected new President of South Africa by the country’s parliament, following Jacob Zuma’s resignation on Wednesday.

Mogoeng Mogoeng, South Africa’s Chief Justice, said Ramaphosa, a former anti-apartheid activist alongside Nelson Mandela, was elected without a vote since he was the only candidate nominated by the parliament.

A renowned trade union leader, businessman and negotiator, Ramaphosa has held many top business positions in the country, including the Chairman of the Board of MTN. He ran for president in 1997 but lost to Thabo Mbeki.

He was appointed Deputy President by Jacob Zuma on May 25, 2014, and was made the leader of Government Business in the National Assembly.

In 2017, Ramaphosa announced that he would be contesting for president at the expiration of Zuma’s tenure, and in December of that year, he was elected President of the ruling African National Congress (ANC) at the party’s 54th Elective Conference, defeating Nkosazana Dlamini-Zuma, ex-wife of President Zuma, by 2440 votes to 2261.

Zuma resigned on Wednesday after a nine-year reign splotched by allegations of corruption and economic downturn.

During an interview on Wednesday, Zuma said he had been treated very unfairly by a party he joined almost six decades ago and in which he fought against white-minority rule.