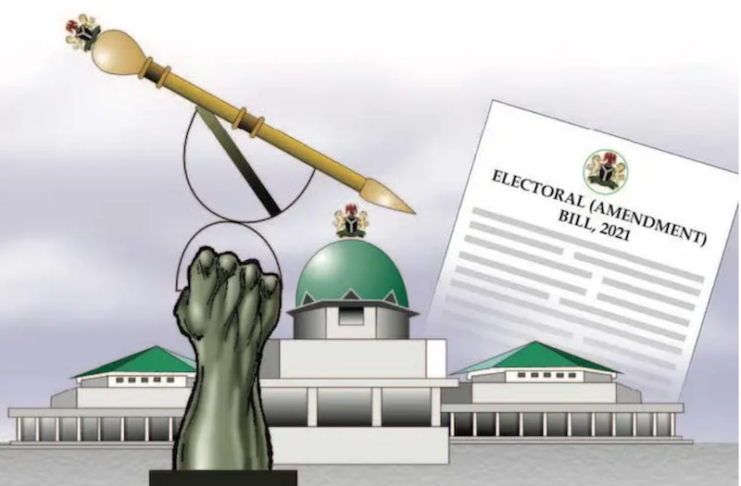 POLITICIANS who are seeking party tickets for elective positions must tender written consent of their withdrawals before political parties can adopt consensus candidates, according to the re-amended Electoral Act Amendment Bill passed by the National Assembly.

Following the refusal of President Muhammadu Buhari to sign the electoral bill into law because of the clause that compelled political parties to adopt direct primaries, the National Assembly has re-amended the proposed legislation.

The Senate and the House of Representatives initially differed in their amendments, with the upper legislative chamber introducing direct, indirect and consensus primary models while the lower chamber restricted the options to direct and indirect primaries.

However, the National Assembly, on January 25, passed a harmonised re-amended electoral bill with both chambers concurring on the inclusion of consensus as one of three options political parties could adopt for primary elections.

But the National Assembly in the same vein set strict guidelines for the implementation of the different primary election models.

The guidelines are meant to prevent imposition of candidates on political parties.

A coalition of civil society organisations (CSOs) had faulted the Senate for introducing the consensus option, noting that it violated the rights of aspirants to equal participation in party primaries and limited the choice of voters to candidates who did not emerge from democratic primary elections.

To address the concern, the National Assembly stated in the re-amended electoral bill that political parties would not adopt consensus candidates unless other aspirants for the elective position tender  written documents indicating their consent to withdraw from the primary election.

The aspirants would also state their endorsements of the consensus candidates.

Clause 84(9)(a) of the re-amended electoral bill states, “A political party that adopts a consensus candidate shall secure the written consent of all cleared aspirants for the position, indicating their voluntary withdrawal from the race and their endorsement of the consensus candidate.”

If the written consent was not obtained, the political party would jettison the consensus arrangement and proceed with either direct or indirect primary election, the bill says.

According to Clause 84(9)(b), “Where a political party is unable to secure the written consent of all cleared aspirants for the purpose of a consensus candidate, it shall revert to the choice of direct or indirect primaries for the nomination of candidates for the aforesaid elective positions.”

Also, the electoral bill provides that special conventions or congresses will be held to ratify candidates with the highest number of votes in direct primaries.

Clause 84(4) of the bill stipulates that political parties that adopt the direct primary procedure shall ensure that all aspirants are given equal opportunity of being voted for by members of the party.

According to the bill, in direct primaries for a presidential election, all registered members of the party shall vote for aspirants of their choice at a designated centre at each ward in the country.

All registered party members will also be given the opportunity to vote in direct primary elections in respect of gubernatorial, senatorial, federal and state constituencies.

In the case of indirect primaries for a presidential election, as provided in Clause 84(5)(a), political parties will hold a special presidential convention where delegates will vote for aspirants of their choice at a designated centre in any part of the country that is agreed to by the National Executive Committee of the party.

Clause 84(5)(a)(ii) states that the aspirant with the highest number of votes cast at the end of voting in the indirect primary election will be declared the winner of the presidential primaries and the aspirant’s name will be forwarded to the Independent National Electoral Commission (INEC) as the party’s candidate.

The bill further states that where there is only one aspirant or a consensus candidate in a political party for an elective position, a special convention will be convened at a designated venue for the confirmation of the aspirant after which his name will be forwarded to INEC as the candidate.

Political parties are also required to state the procedure for election of delegates that will vote in indirect primaries.

Clause 84(8) states: “A political party that adopts the system of indirect primaries for the choice of its candidate shall clearly outline in its constitution and rule the procedure for the democratic election of delegates to vote at the convention, congress meeting.”

It is expected that the re-amended Electoral Act Amendment Bill will soon be transmitted to Buhari for possible assent into law.

Buhari, who promised to reform the country’s electoral system, has refused to sign the electoral reform bill into law on five consecutive occasions.