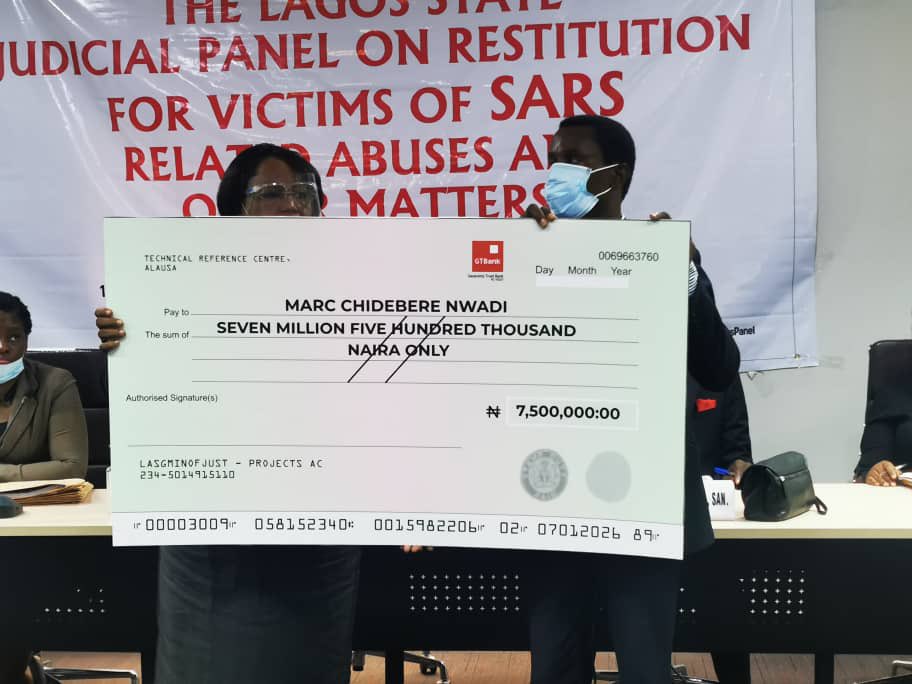 CHIDIEBERE Nwadi, who spent six years in Kirikiri prison while awaiting trial, has been awarded the sum of 7.5million naira by the Lagos State Judicial Panel of Inquiry.

Doris Okuwobi, chairperson of the panel, who delivered the judgment on Friday, said the petitioner suffered a lot in the hands of the police officers because he could not offer them bribes.

“His inability to provide bribes led to trumped-up charges. As a result, he was kept in the awaiting trial section of the Kirikiri maximum security for six years,” Okuwobi said.

Nwadi was said to have been tortured and incarcerated by police officers before being taken to Kirikiri where he was kept for six years.

Okuwobi presented the 7.5 million naira cheque to the petitioner on behalf of the state government, saying the petitioner was never tried or sentenced for any crime.

“Despite enduring a long six-year stay in prison and losing a vital part of his youth and opportunities, he was never tried,” she said.

Okuwobi also said all officers involved would be suspended without pay for 3-6months depending on their involvement with the incarceration.

The panel had earlier awarded the sum of 10 million naira each to two petitioners who had suffered brutalities in the hands of police officers.