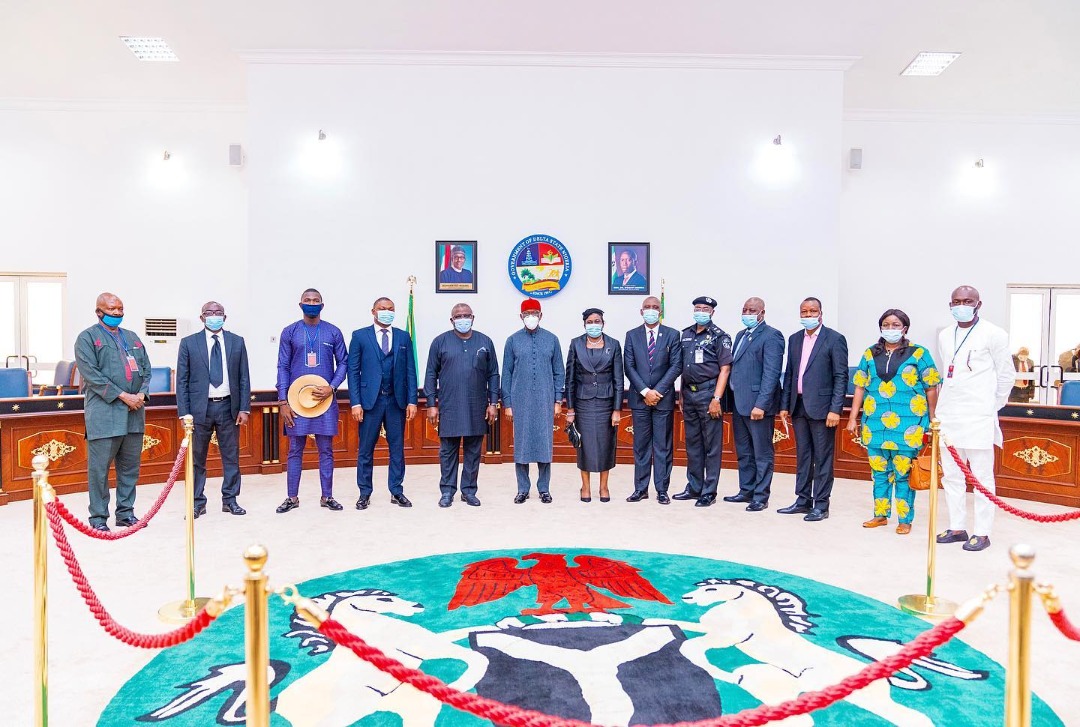 THE Delta State Government has inaugurated an eight-member Judicial Panel of Enquiry to investigate allegations of police brutality and extra-judicial killings in the State.

Ifeanyi Okowa, the state governor, who inaugurated the panel in Asaba, the state capital, on Monday said the inauguration of the panel is a step by his administration to bring restitution and healing to the victims of police brutality in the state.

“With my inauguration of the Judicial Panel of Enquiry on Police Brutality and Extra-Judicial Killings today in Asaba, we have now started the process of bringing restitution and healing for the families and individuals that have suffered under the now-disbanded #SARS,” he said

“Over the past week, the world has watched as Nigeria’s youth have laid their simple demand at the doors of leaders across the nation. With two words: ‘#EndSARS’, our youth have drawn attention to the brutality meted out on them by those who are sworn to serve and protect.

“This is why, today, in-line with my administration’s commitment to always listen and act, we are establishing this judicial panel to investigate all complaints of police brutality and extrajudicial killings across Delta State.”

The panel which has three months to complete its assignment was tasked by the governor to work very hard to ascertain the validity of claims brought before it and also make necessary recommendations and remedies to the state government.

“The terms of reference of this committee are straightforward, but the work ahead will be quite demanding. However, I still charged the committee to work assiduously to ascertain the validity of all complaints and make recommendations on the appropriate compensation and remedies.

“Make no mistake, this is a national emergency that requires us to meet an urgent demand. Therefore, this panel has been given an initial period of 3-months to complete its work and submit a report. I pray that God guides all the members of the panel as they embark on this crucial assignment.”

According to a statement by Chiedu Ebie, Secretary to State Government, the panel has Justice Celestina Ogisi (retd) as Chairman and Omamuzo Erebe as Secretary.