FACT CHECK: Has Buhari reduced rice importation by 90%? NO! 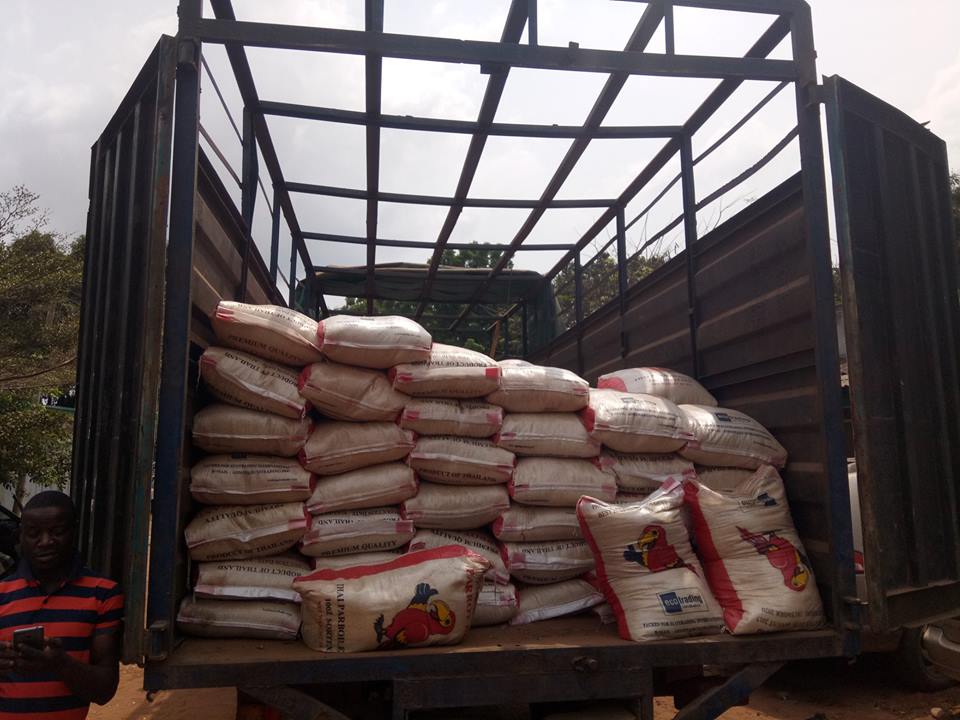 President Muhammadu Buhari apparently considers the huge cut to rice importation from Thailand one of his administration’s greatest achievements. During his ongoing visit to London, he has boasted to Justin Welby, Archbishop of Canterbury, and British Prime Minister Theresa May about Nigeria’s ‘road to food self-sufficiency’.

According to statements released on Wednesday and on Monday by Femi Adesina, Buhari narrated to the two personalities ― in what appeared almost like memorised speech ― how Nigeria has cut rice importation by 90 percent.

“I am very pleased with the successes in agriculture,” he told Prime Minister May, on Monday. “We have cut rice importation by about 90%, made lots of savings of foreign exchange, and generated employment. People had rushed to the cities to get oil money, at the expense of farming. But luckily, they are now going back to the farms. Even professionals are going back to the land. We are making steady progress on the road to food security.”

This claim by the President is backed by figures released by the Thai Rice Exporters Association, which detail rice exports from Thailand to all countries, including Nigeria, from 2015 to 2017.

According to the 2013 Benin Coarse Grains and Rice Report, the total demand for white rice in Benin is 385,000 metric tons, thus provoking the question, as asked by Lai Mohammed two weeks ago: “Who are they importing for?”

“Nigerians, of course,” Mohammed had himself confessed. “In fact, as Nigeria’s rice import falls, Benin’s rice imports increase. Most of the parboiled rice imported by Benin eventually land in Nigeria through smuggling.”

Even Audu Ogbeh, Nigeria’s Minister of Agriculture and Rural Development, admitted in 2016 that Benin traders imported parboiled rice shipped in from Thailand, “station themselves at our borders and smuggle these items into our economy”.

According to data from the International Grains Council, over half of Nigeria’s imports in 2015 entered from neighbouring Benin, where the duty on rice is only 12%, and most of Benin’s rice imports, up to 30,000 truckloads per year, are routed via transit shipments through Niger to the northwest of Nigeria.

It is also suggested that since Nigeria is the only West African country that exclusively consumes parboiled rice, it is easy to deduce that the 85% share of Benin imports that are parboiled are Nigeria-bound through the orchestrations of clever traders.

President Muhammadu Buhari has, therefore, been economic with the truth in his conversations with his English friends. Under his administration, Nigeria may have cut lawful rice importation by more than 90% but unlawful importation is still booming, which clearly means suggestions the country has equally made 90% progress on the path towards agricultural self-sufficiency are completely false!

Chat us on WhatsApp
Advertisement
Previous article
UNDERCOVER INVESTIGATION: Cancer is the disease, Nigeria’s health system is the killer
Next article
Keyamo announces appointment as spokesman of Buhari’s 2019 campaign