FACT CHECK: Has Nigeria failed to acquire arms since 1982, as claimed by Dan-Ali? 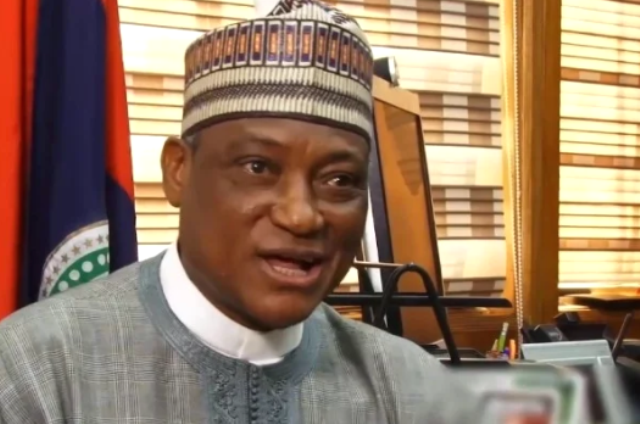 President Muhammadu Buhari’s approval of $1 billion from the Excess Crude Account (ECA) for the purchase of arms for the Nigerian Armed Forces has been a source of huge controversy, as many Nigerians say there is more to it than meets the eye.

But Mansur Dan-Ali, Minister of Defence, explained that the approval is quite timely, as it would enable security agencies better tackle the numerous security challenges confronting the country at the moment.

In his explanation, however, Dan-Ali made a comment that many find both startling and incredulous.

“We have not been able to acquire arms since 1982. All we have been doing is replacements,” Dan-Ali said during a military Passing out Parade (PoP) in Kaduna on Thursday.

“But now, we are going for massive purchase of arms and ammunition because the current security is in emergency situation. It has to be addressed squarely by having the right equipment and that is why the amount was approved.”

Security issues are usually highly classified and are treated with great secrecy, but in recent times, there were announcements of acquisition of arms and ammunition for the three major components that make up the Nigerian Armed forces: the army, the navy and the air force.

“The aircraft have already been delivered awaiting official induction after which they will be launched for operations,” Abubakar said at the time.

March 1, 2017: Dan-Ali said the Federal Government had acquired new modern equipment to boost the counter-insurgency campaign in the North East.

Also, he said patrol boats had been ordered by the Nigerian Navy for its outpost at Lake Chad Basin while a contract for helicopters from Russia for the Nigerian Air Force had been awarded.

In addition, 20 more unmanned aerial vehicles were procured by the Nigerian Air Force from the United Arab Emirates, to support the operations.

February 5, 2018: Dan-Ali again revealed that the Federal Government had completed payment of $496 million for the procurement of 12 Super Tucano fighter jets to be used by the Air Force in the fight against Boko Haram.

Dan-Ali said with the payment of the money, the US government would deliver the jets as soon as possible.

“Gone are the days when our soldiers dropped their rifles and started running from the war front. Our gallant troops have successfully degraded the Boko Haram insurgents,” he said.

In the Naval sector, Nigeria took delivery of its latest war ship named NNS Unity on November 4, 2016. According to Christian Ezekobe, spokesman of the Nigerian Navy, the ship was constructed by the China Ship Building and Offshore International Limited (CSOIL).

Until the Defence Minister offers a clearer explanation of the difference between ‘arms acquisition’ and ‘arms replacement’, his claims that Nigeria has not been able to acquire arms “since 1982” can best be described as FALSE.

‘No space for promoting terrorism’ — Twitter suspends over 274,000 accounts

Shehu: Boko Haram technically defeated but Nigeria still at war with them