FACT-CHECK: Nnamdi Kanu claimed Nigeria has only 3 testing centres for COVID-19 but he was wrong

Factcheck
By Olugbenga ADANIKIN On Mar 29, 2020 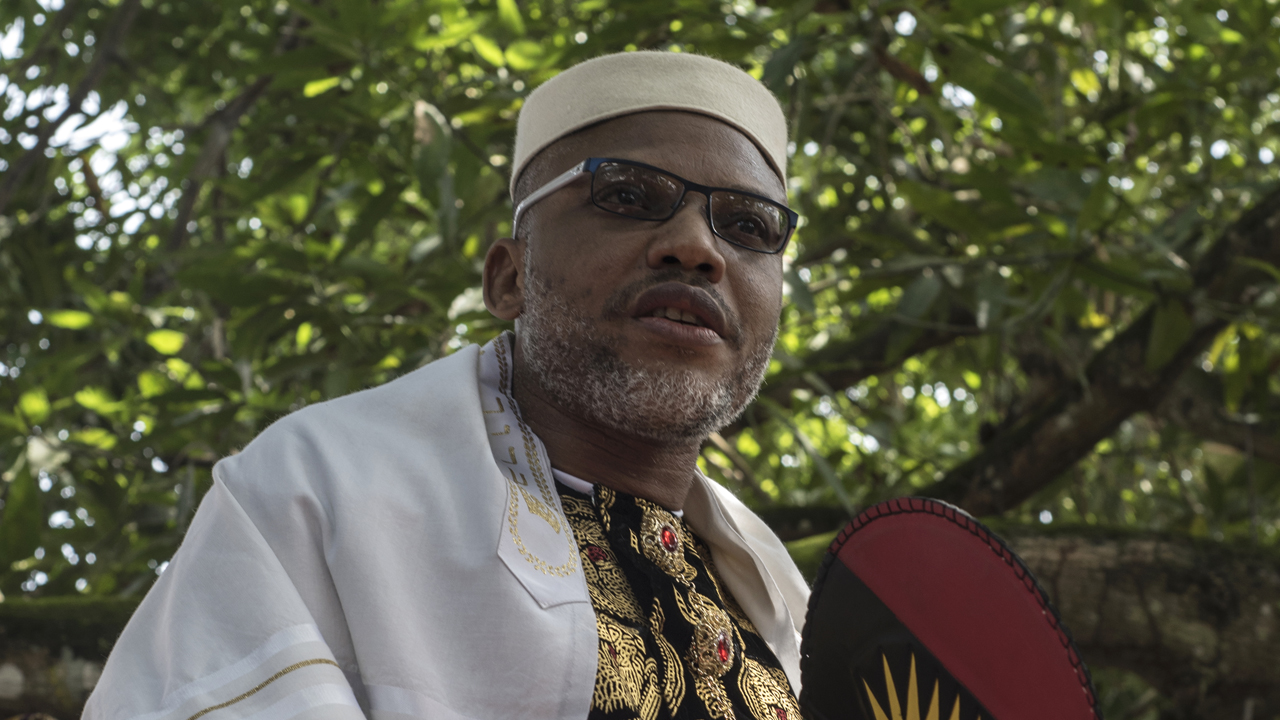 
ON Saturday, 28 March, Mazi Nnamdi Kanu, Leader of the Indigenous People of Biafra (IPOB) claimed that Nigeria current battles the COVID-19 pandemic with only three testing centres located in Abuja, the Federal Capital Territory (FCT), Lagos and Edo States, despite its estimated population of about 200 million people.

COVID-19 is a strain of coronavirus that has spread across the globe since the outbreak in Wuhan, China, infecting over 512,700 people and leading to more than 23, 494 deaths globally.

In Nigeria, 97 cases have so far been confirmed by the Nigeria Centre for Disease Control (NCDC), as of Friday, 27 March, 2020. Only one death has been recorded while three persons have recovered from the disease and have been discharged.

But Kanu questioned why only three centres would be serving such a huge population, attributing such failure to his assertion that Nigeria should not be recognised as a federation.

He insists that Biafra, the nation he wants carved out of Nigeria,  would have done better.

“COVID19 has confirmed that Nigeria is not a federation. It’s instead a very sick unitary state that should die, Kanu stated in his tweet.

“How can a ‘nation’ of 200M fight this VIRUS with ONLY 3 testing centres in Abuja, Lagos & Edo? Answer me, #JubrilAlSudani. #Biafra would’ve done much better.”

He is influential within the country and also recognised in few nations abroad. He also runs a radio station known as radiobiafra for the actualisation of the IPOB’s dream. As a result, he has scores of followers.

Within eight hours of the tweet, it had garnered over 2,700 likes on Twitter, 1,200 retweets and more than 309 comments.

But contrary to his claim, Nigeria actually has six testing centres for the COVID-19 disease.

The COVID-19 laboratories in Nigeria are as follows: two in Lagos – the Nigerian Institute of Medical Research, Lagos University Teaching Hospital (LUTH); the one in Osun State at the Redeemers University, Ede; one in FCT at the NCDC, another in Irrua Specialist Hospital, Irrua, Edo State and the last at the Virology Laboratory, University College Hospital, Ibadan, Oyo State.

The Oyo State lab was only established days ago and the NCDC also revealed plans to setup an additional laboratory in Abakaliki, Ebonyi State.

The Minister of Health, Dr. Osagie Ehanire also listed the centres during one of his briefings on the COVID-19 virus in Abuja, at the ministry’s’ headquarters.

“The WHO was quick to help us with training immediately we acquired the first reagents, and testing at that time was done in Abuja, Gaduwa, the reference laboratory. Since then, we have been able to do the testing in five laboratories,” Ehanire said at the briefing held 20 March, 2020.

“….And we have an offer of a Polymerase Chain Reaction (PCR) machine by one of the middle-east countries that promised us one which we will be placed in Kano where there is a gap. The five machines at the moment that can do this test are two in Lagos (Nigerian Institute of Medical Research, Lagos University Teaching Hospital).

“In Abuja, there is in Gaduwa the NCDC. Then there are two research centres, one is in Ede, Osun state the other one is in Iruwa in Edo State.”

Aside, the Minister stressed plans by the ministry to extend additional testing centres to Abakaliki, Kano and Maiduguri if the government is able to secure more reagents and then train more officials.

“We shall train more persons to do this test in Abakaliki because the machine is there but we don’t have the reagents, and I think Kano and Maiduguri, once we are able to get more reagents.

Though, the current six testing centres are obviously inadequate, considering the nation’s estimated population of about 200 million, based on the available verifiable evidence, the Nigerian government actually has more than three testing centres, contrary to Kalu’s claim.