FACT CHECK: Was Abba Kyari flown to UK for treatment and cremated? 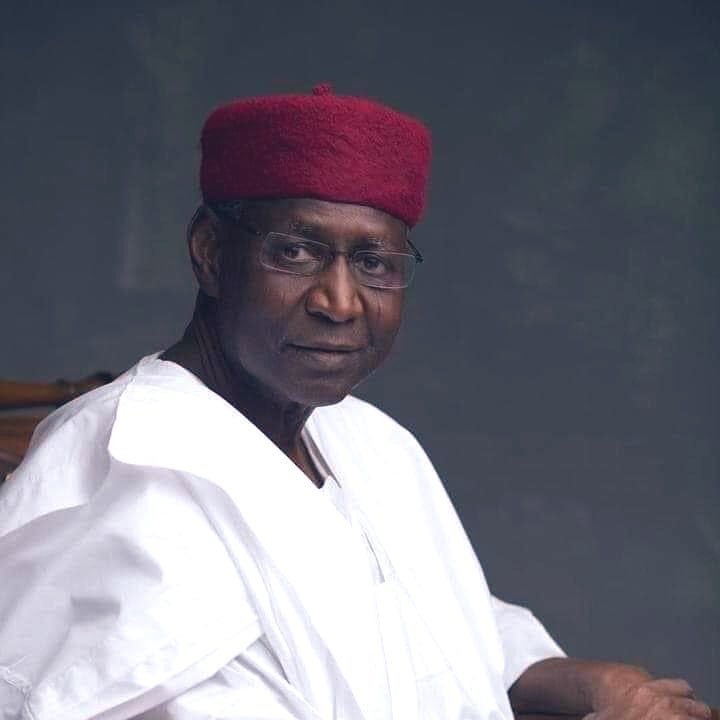 On Sunday, April 19, two days after the death of Nigeria’s former Chief of Staff Abba Kyari was announced, a Twitter user claimed, among other things, that prior to his death, Kyari was flown to the United Kingdom for medical treatment and his body was later cremated. Checks by The ICIR have, however, found this to be false.

The anonymous account, 99% OPPRESSED (@Truthfully83), wrote in a thread titled ‘The Mystery Behind His Death, And The Conspiracy Theories Ahead’ that a reliable source informed him that Kyari was flown to the UK, rather than Lagos as officially stated, for treatment.

“I got reliable information that the CoS was too sick, his condition was so critical, he was flown on an air ambulance abroad to London. And was admitted in the ICU of Wellington Hospital, St. John’s Wood, London,” the account tweeted.

The Twitter user continued: “Based on his medical history from Wellington Hospital, he was battling severe asthma, diabetes, and high blood pressure. His condition became complicated, and he died in the early hours of Thursday, 2nd of April 2020, at the Wellington hospital in London.

“Based on NHS standard policy in the UK over covid-19 bodies, his body was retrieved and cremated. After a series of failed diplomatic agreements, on returning his body to Nigeria for burial, Aso Rock cabals found themselves in between the devil, and the deep blue sea.”

The thread had been shared over 9,100 times and liked by over 6,700 Twitter users at the time of filing this report.

But when we reached out to the account owner for proof that Kyari was flown abroad and cremated, no response was given.

Wellington is the largest private hospital in the UK and part of the HCA International hospital group. According to the claim, Kyari was taken to the hospital likely between March 30 and April 1, was treated for COVID-19, and then passed away on Thursday, April 2.

Information on the healthcare provider’s website, however, makes it clear that it neither tests nor treats people who are suspected to have contracted the coronavirus.

“Please do not attend an HCA UK facility for any reason if you have a high temperature (more than 37.8 degrees) or have a new continuous cough or streaming nose or flu-like symptoms. If you do have these symptoms or anyone in your household does, please follow Public Health England guidance,” the company warns.

“We are not accepting direct admissions of patients that have coronavirus. If you believe you have coronavirus symptoms, please follow guidance from the NHS [National Health Service].”

It also states that it is unable to “offer testing for coronavirus to the public at any” of its sites. What it does, however, is to support the NHS by providing care to “patients whose care and clinical needs are considered time-critical”.

Emmanuel Adesuyi, a Nigerian staff nurse who works in England told The ICIR he does not think the UK “would have jeopardised all its rules and guidelines to take” a foreigner for treatment.

COVID fatalities not cremated against their wish

The Twitter user’s claim stated that standard policy in the UK is for COVID-19 victims who pass away to be cremated. He added that the UK insisted on doing this despite diplomatic pleas from the Nigerian government. But what does the “standard policy” actually say?

According to its Guidance for Care of the Deceased with Suspected or Confirmed Coronavirus (COVID-19), there is a little residual hazard in handling the bodies of deceased persons except during post-mortem examination or from droplets produced during artificial air movements during initial care.

It says that body bags are not deemed necessary except for other practical reasons but masks or other clothing may be placed over the deceased’s mouth.

About, cremation the UK government says it is “permitted where the deceased does not have a medical device that requires removal”. “Since there is a small but real risk of transmission from the body of the deceased, we strongly advise that mourners should not take part in any rituals or practices that bring them into close contact with the body of an individual who has died from, or with symptoms of, coronavirus (COVID-19) for the duration of the pandemic,” it says.

This means COVID-19 fatalities cannot be cremated against their wish and may be buried normally. The regulation accords with that of the European Centre for Disease Prevention and Control (ECDC) which states that “decedents [deceased persons] with confirmed or suspected COVID-19 can be buried or cremated as usual.”

The World Health Organisation (WHO) has gone further to say that cremation is a matter of cultural choice as well as available resources. “It is a common myth that persons who have died of a communicable disease should be cremated, but this is not true,” it stressed in its interim guidance of March 24.

WHO also particularly advised in 2017 with respect to the Ebola crisis that “deceased Muslims should not be cremated or placed in the body bag naked.”

A medical practitioner based in the UK informed The ICIR that most COVID-related deaths are currently in the mortuaries, and added that citizens, even before the pandemic, usually preferred to be cremated after death.

According to a poll conducted in 2016, up to 58 percent of Britons preferred cremation when they die compared to 17 percent who would rather be buried. So if victims of COVID-19 are cremated, it is because it has always been common practice, not because of scientific or legal reasons.

Abba Kyari could not have been treated at Wellington Hospital and cremated because the healthcare facility does not currently treat coronavirus victims and laws of the UK, contrary to what was claimed, do not mandate the cremation of deceased persons. The claims are therefore false and cannot be substantiated using available evidence.