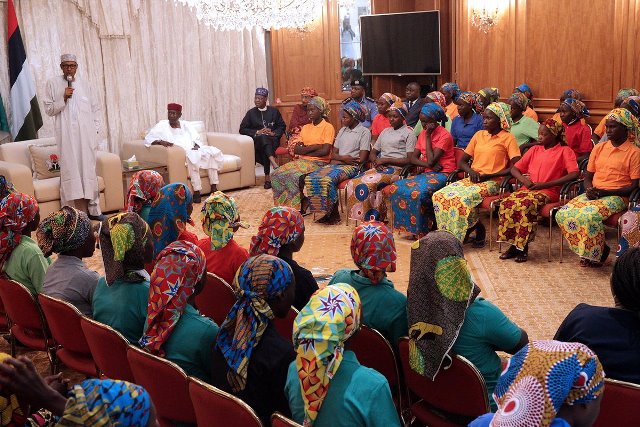 The federal government has assured Nigerians that there was no need to worry about the Boko Haram suspects that were swapped in exchange for the 82 Chibok girls released on Saturday.

Presidential spokesman, Femi Adesina, said this while appearing as a guest on a television programme on Monday, adding that the released suspects pose no fresh threat as the country’s military are already on top of security situations in the North East.

Adesina noted that despite the pockets of attacks by the insurgents in a few communities, a vast majority of the communities in the North East has been rendered secure by government forces.

He said: “When there is ability and capacity to ensure security there is no need to worry, the north-east is under the effective control of the security agencies.

“I know there are pockets of attacks here and there but in terms of whether the area is secure? Yes. We know it is secure.”

On whether there is resurgence in the insurgency going by the frequency of suicide bomb attacks, Adesina said: “This is a conjecture and there is no truth in it, the talks of the last kicks of a dying horse, that is what you saw.

“There are factions. I’m sure when those 21 girls were released, a faction must have been pissed and they decided to strike with some ferocity after that,” he added.

Asked what role the Bring Back Our Girls, BBOG, movement should play on the rehabilitation process of the girls, the presidential spokesman noted that it was the responsibility of government to ensure that girls were well taken care off.

“But that does not mean that non-governmental organisations can’t be involved. I don’t think BBOG is poised for that. That is not why they are set up.

“BBOG from inception has been doing a very good job and till now they are still doing a good job let’s give them kudos for what they have done but let them also stay within the ambit of what they were set up to do.”