FG To Review Price Of Petrol 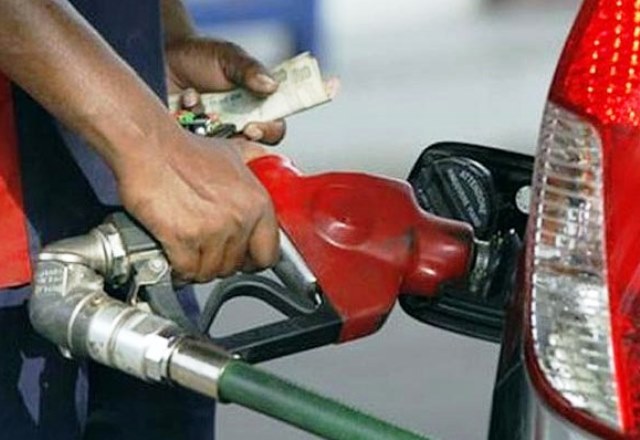 The Federal Government has said that it would review the pricing template for Premium Motor Spirit, PMS, commonly known as petrol, in order to avoid an increase in the price of the product.

Ibe Kachikwu, Minister of State for Petroleum Resources, said this over the weekend in Abuja,during an award ceremony by the Petroleum Products Pricing Regulatory Agency, PPPRA, wing of the Petroleum and Natural Gas Senior Staff Association of Nigeria, PENGASSAN.

The minister said that the review would be done in conjunction with oil marketers and other stakeholders, so as to cushion the effect of rising foreign exchange rates and the dwindling value of the naira on the price of petrol.

Kachikwu also denied knowledge of the fact that fueling stations belonging to the Nigerian National Petroleum Corporation, NNPC, has increased the pump price of PMS from N141 to N145 per litre, which is the maximum price allowed by government.

He said he would meet with management of the corporation to find out the reason for the increase.

“I am not aware that the NNPC has increased price. I need to look into that, it is a bit of surprise for me, because there are processes in doing this,” he said/

On the issue of the petrol price template, Kachikwu said that the review would eliminate some charges that are attributable to the Federal Government so that the price would remain as it is at present.

He said:‎ “One of the things I think we had hoped to do, which we would still do, before we embark on any price increase is to work on those templates.

“There are still areas that are within the government controlled aspects, (like) payments to the Ministry of Transport and the rest, (as well as) payments to the Nigerian Ports Authority, NPA.

“We are working on the possibility of being able to shift that out so that we can still modulate the prices within where it is right now.

“But I would hold a conversation with the industry and see how it is going … I think PPPRA is the one that has the authority to say it is time the templates does justify some level of movement, otherwise you have a crisis of individual decisions on pricing.”

The minister also threw light on the meeting between President Muhammadu Buhari and stakeholders from the Niger Delta region.

He said that the meeting was part of efforts aimed at bringing lasting peace to the oil-rich region.

“That is why he is taking his time to understand how these people operate,” Kachilwu said.