FG Says It Is Close To Finding Abducted Chibok Girls 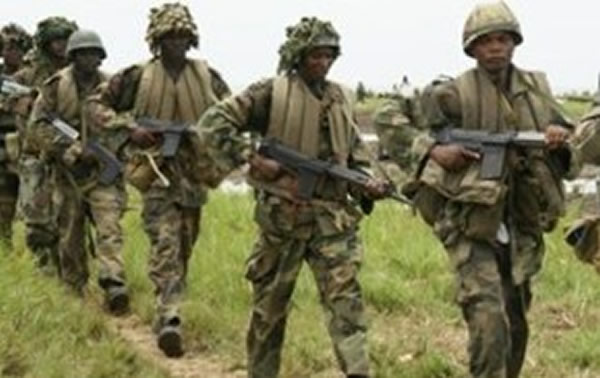 The federal government on Monday said it was getting nearer to finding the over 200 secondary school final year girls abducted in Chibok, Borno State on April 14, more than 80 days ago.

Coordinator of the National Information Centre, NIC, Mike Omeri, said this when he led some other members of the centre on the regular briefing on efforts to locate and bring back the girls to their families.

Omeri said security agencies had made a headway in infiltrating the ranks of the terrorists and were in possession of information that will eventually lead to the rescue of the girls and ultimate defeat of Boko Haram.

He said the new information obtained about the terrorist group was that it has a female wing.

In addition, the coordinator said a Boko Haram armourer has been arrested but that other achievements made by the army are still undergoing administrative processes and as such are classified.

“We will let you know when further actions are taken. We now know some of the female operatives of boko haram and some of their armourers”, he said.

Omeri disclosed that a military commander was among the six troops who lost their lives at the weekend when terrorists stormed their camp in Borno State.

He said accusations by the Chibok Community in Abuja that the federal government was not sharing information with them concerning efforts being made to locate and bring home the girls are not true.

“This centre has been open, we have always communicated and media houses have been reporting. But if they want security information beyond what we are communicating, then that is beyond us here,” he stated.

The abducted girls were writing their school certificate examinations when they were abducted on the night of April 14, 2014 by Boko Haram terrorists dressed in military camouflage.

Ndume weeps, promises to introduce bill for registration of…