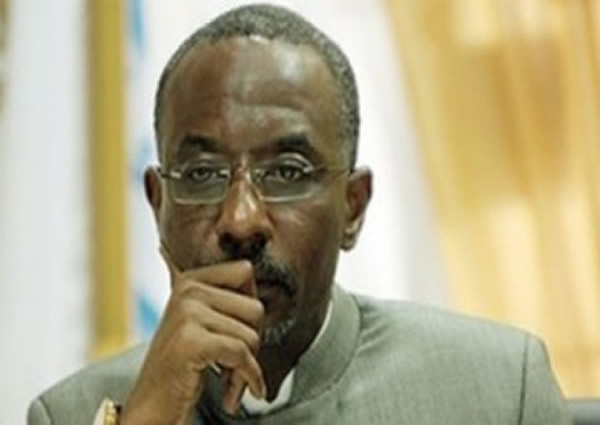 The Financial Reporting Council, FRC, on Thursday barred all except three media organisations from covering the on-going investigations into the alleged “display of incompetence, nonchalance, fraud, wastefulness, abuse of due process” by the suspended governor of the Central Bank of Nigeria, CBN, Lamido Sanusi Lamido.

PREMIUM TIMES reports that the spokesperson of the Council, Mack Ogbamosa, handpicked only reporters he personally recognised or from media organisations he believed to be friendly to his agency.

At first all journalists were prevented fromgoing into the venue of the hearing by stern looking policemen and officials of the Department of Secret Service, DSS, but Ogbamosa later emerged with a list which he handed to a police officer who in turn called out names of the three preferred media establishments.

The Premium Times believes it is being punished for its report on the suspension of CBN governor, Sanusi Lamido, and the role played by the Council which also benefitted from the CBN intervention spending for which Sanusi is being investigated.

Premium Times reported last Thursday that when it visited the Council’s Abuja office to demand explanations regarding why the FRC failed to disclose in its books that it got N500 million donation from the CBN and the bankers committee, its officials declined to comment and were uncooperative.

It said, ironically, the FRC report indicted Sanusi for financial recklessness over a similar kinds of spending, as the Council received the N500 million purportedly for the construction of its International Financial Reporting Standards Academy, but that the fund did not reflect in the FRC’s budget and reports, making it unclear how the money was spent.

Besides, the FRC also failed to provide a list of donors and their contributions at a N2 billion fund raising event it organised for the proposed academy, the newspaper added.

Meanwhile, the FRC said during the investigation that the CBN did not comply with the International Financial Reporting Standard, IFRS, in its 2011/2012 financial year report.

Executive secretary of the FRC, Jim Obazee, said that CBN budgeted N50 million in 2010; it also budgeted N200 million each in 2011, 2012 for IFRS compliance, but did not comply with it.

The CBN, according to the council, also budgeted N150 million for IFRS compliance, which was reflected in the 2013 financial report, but without board approval.

Obazee, who is also the chairman of the panel, insisted that the CBN under the leadership of the suspended governor, lacked corporate governance.

He said the N500 billion Power and Airlines Intervention Fund (PAIF) claimed to have been released to the Bank of Industry, BOI was still domiciled in the bank and that the BOI also collected one per cent interest which did not reflect in its books.

He also insisted that CBN needed to explain why each department had its intervention projects, especially the governor’s office, one of which involved dashing out N10 million to building palaces for five royal fathers.

The panel frowned at donations and interventions made by CBN without board approval.
It also insisted that there is no section of CBN’s Act that empowered it to subscribe to shares of the Islamic Liquidity Management Corporation, ILMC.

The council also alleged that CBN is yet to receive the share certificate for investments made in the Bank of Industry since September 2007 and that the leadership of the CBN was not worried about the delay.

Responding, the CBN’s deputy governor, Corporate Services, Suleiman Barau, promised that the bank would henceforth be more compliant with the international reporting standard.

The former deputy governor of the CBN, Tunde Lemo, also said the bank’s numerous responsibilities distracted it from complying. He such responsibilities included consolidation of its subsidiaries as well as making sure that commercial banks comply with IFRS.

However, the suspended governor of CBN, Sanusi and the acting governor, Sarah Alade, were absent at the proceedings.

Senate Passes Bill To Prohibit Discrimination Against Persons With Disabilities

Emefiele broke the law to freeze accounts of #EndSARS…