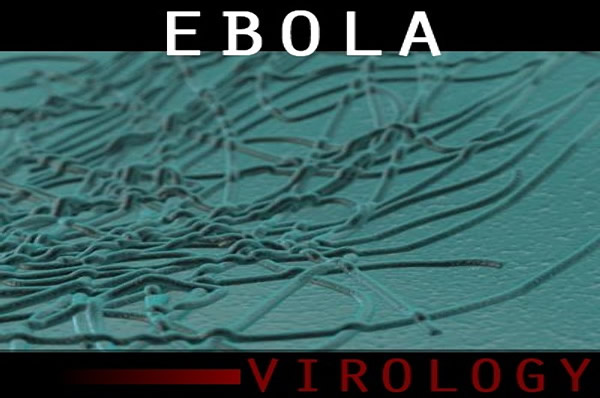 A Liberian national, Patrick Sawyer, the first confirmed case of the deadly Ebola virus in Nigeria, died in a Lagos hospital on Friday.

A renowned professor of Virology, Oyewale Tomori, who was part of the clinical examination, confirmed to the icirnigeria.org that results of the tests carried out on Sawyer indicated that, indeed, he had the Ebola disease and that he died Friday.

According to Tomori, the deceased transited through Lagos on his way for a conference in Calabar, Cross River State, but could not make it there as he was said to have been ill throughout his flight to Nigeria.

“He collapsed at the airport and this raised the suspicion of the Port Health Services, so he was rushed to a private hospital in Lagos where he was being treated.”

He said further that “the result which came out this morning in all the centres, showed he was positive to Ebola.”

Special adviser to the Lagos State governor, Babatunde Fashola, on Public Health, Yewande Adeshina had told journalists on Thursday that Sawyer, who worked for a West African organization, arrived Lagos from Monrovia on Sunday July 20, manifested ebola-like symptoms, and that his blood samples were being tested at the Virology Reference Laboratory, LUTH, Idi-Araba, Redeemer’s University and the World Health Organisation, WHO, Reference Laboratory in Dakar.

Ebola has killed 660 people with 1093 suspected and confirmed cases as of July 20, 2014, according to the WHO in partnership with the ministries of Health in Guinea, Sierra Leone, and Liberia.

Speaking further about the first case of the Ebola disease discovered in the country, Tomori said that Sawyer should be buried in Nigeria, warning that evacuating the corpse to Liberia might be too risky.

“Proper precautionary measure should be taken in burying him. It is not advisable that such a body should be taken to Liberia except they use proper sealed body bags that do not leak out body fluids,” he advised.

The Virologist also said that the government should check all the passengers on the flight which Sawyer flew from Liberia and others who had contact with him to see if any had been infected.

“The government should get the manifest of all those who were with him on that flight; all those who had contact with him, the care givers, and monitor them within the next 21 days which is the incubation period, otherwise we would be having pockets of outbreaks everywhere.”.

Tomori, who is the president of Nigeria Academy of Science, noted that it is through contact with dead bodies at burials that the infection spread in other West African countries and warned that “if they are going to bury him in Nigeria, anybody attending the burial should wear special protective clothing, face masks and gloves.” Continuing, he said “they should as well as burn everything used in the burial afterwards. Also everyone attending the burial should take off all they wore there for burning.”

Thirty eight years after its first outbreak in Democratic Republic of Congo, Ebola virus struck again in Guinea amongst the Kissi tribe, (a tribe present in Guinea, Liberia and Sierra Leone). Transmission was rife through body fluids of sick people and especially at funerals of the infected.

Experts warn that sanitary burial should be practiced and the African tradition where the dead are bathed and dressed as a form of last respect should not be followed. Cultural practices such as widows being made to drink or bathe with the bath water of a corpse, to prove her innocence in the death should be abandoned.

According to the World Health Organisation’s Global Alert Response on Ebola update 45 new infections and 28 deaths were recorded between July 18 and July 20, 2014.

On Tuesday, a doctor was said to be infected. Several health workers, nurses and hospital cleaners have died from the disease.
Expressing concerns, the project director for National Centre for Disease Control, Abdulsalam Nasidi, observed that the virus was resisting control for the first time.

“In previous outbreaks, transmission was stopped. But here we are not able to interrupt the transmission of the virus. As I am talking to you now, we are having new cases,” says Nasidi in an exclusive interview with the icirnigeria.org

“If the virus is out of control and that implies that the virus is getting used to everything and adapting fast to the human body. And that is very terrible, because this is a virus for which there is no cure yet, no vaccine and it is extremely deadly. The more it adapts to human cells, the more havoc it causes,” Nasidi added.

With a fatality rate of up to 90 per cent, Ebola is being referred to as a huge public health menace that causes a severe acute viral illness often characterised by the sudden onset of fever, intense weakness, muscle pain, headache and sore throat. This is followed by vomiting, diarrhoea, rash, impaired kidney and liver function, and in some cases, both internal and external bleeding.

However, the Lagos State government have encouraged Lagosians to report any sick persons showing any of the symptoms.