Five life lessons from the mortuary and the cemetery 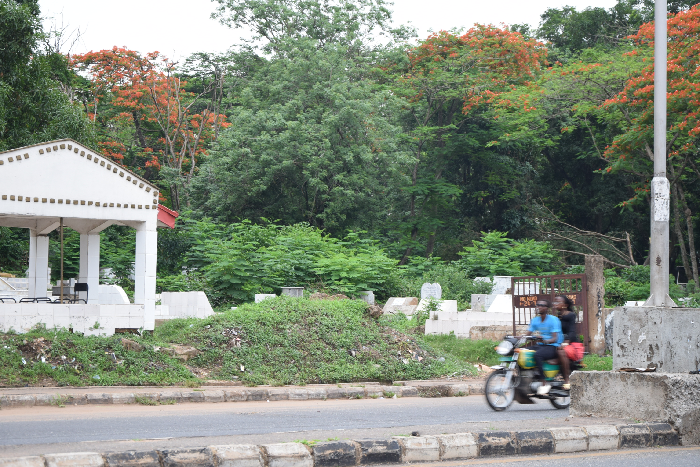 On rare occasions, though, I have seen corpses from long range; I have seen coffins, too. But to look straight at a corpse, eye to eye, it had never happened. Not until May 9, 2017.

Two months before then, a friend had told me how a government-owned hospital worsened her grief by the shoddy care for her mother’s corpse. She spoke of extortion and corruption, too. The lover of unusual, rarely or never-told stories that I am, I vowed to find out for myself. And to do this, I visited six hospitals spread evenly across three states, posing as someone who had lost a relative and so needed to deposit a corpse.

In all, I saw close to a thousand corpses: embalmed and natural, fresh and stale, old and young, male and female, naked and clothed, crisp and stinking. It was an experience that shook me to the foundations of my being. Those two weeks were filled with lots of sombre, solemn moments. Titled ‘UNDERCOVER INVESTIGATION: Filth, stench, bribery, corruption at Nigerian mortuaries and cemeteries’, the story taught me more lessons about life than I probably had learnt all my life. I thought it would be selfish of me to keep them all to myself, although they are mostly things we already know but rarely live by.

WE WILL ALL DIE — WE’RE JUST LIVING ON BORROWED TIME

Many of us are journeying through life without occasionally taking a pause to ask if we would be satisfied with our lives, were we to drop dead any minute. Yet the truth is that while we all desire to live long, we’re all candidates of death. I apologise if it hurts but I will die someday; you will, too. It’s a question of ‘when’ rather than ‘whether’. To be sure, there will never be a time when we will be happy with this reality. Let me share a true story.

At Vaults and Gardens, Ikoyi — probably the most delicately furnished cemetery in the country — I was told of an octogenarian who was preparing for her death; she came with her children to buy her own vault! When they arrived at the cemetery, this woman went no further than the gate while her children went in to make the purchase; despite already living as long as anyone could ever dream of, she couldn’t bear the sight of her own grave. She would stroll forwards a little then recoil, and she would repeat this movement many times. After more than an hour, she summoned the courage to check out the mausoleum that had been purchased for her. “I don’t like that place!” she exclaimed. “Why do you want to hide me in that corner? Please bring me somewhere else, in the open.”

Like the woman, we are all so overprotective of our life. In fact, if possible, we would, in our living state, protect and fortify our body ahead of its transition to glory. Ironically, our best chance of living the best possible life begins with acknowledging that our death is inevitable.

LIFE SHOULD BE LIVED TO THE FULLEST — EVERY SINGLE DAY

Knowing that we will all die, shall we then fold our arms and sit in a corner, idling away and awaiting the day death strikes? Absolutely not. In fact, the contrast is what we should do: get up, go out and live life to the fullest possible level. By this, I do not necessarily mean gallivanting around town. I do not mean anything, even, because ‘full living of life’ is a speculative matter of individual preference. If spending time on the beach is what gives you the fullest joy, do it — and do it more often. If spending seven days a week in the office to drive personal and corporate career goals is what makes you happiest, do it; and do it without apologies. If it’s family life that is of the utmost importance to you, let no over-demanding boss take it away from you. Do it now, not tomorrow or later, because that opportunity to do it will not be there forever. In all, discover your truth and stay true to it.

We all say it: vanity upon vanity, all is vanity. Just that we don’t all live it. Of the hundreds of corpses I saw, there was none clutching any earthly possession, whether money, fame, cars, power or position. Why then do we go extreme lengths in our pursuit of these things? The truth is that any ill-gotten material possession is pointless unless it can be taken along to the hereafter. Otherwise, there’s no point cooking lies against a superior in the work place just to get his position; there’s no sense in embezzling public funds at the expense of the common man; there’s no meaning in going diabolical in the pursuit of fame and riches. Nothing — just nothing — is worth having, unless by clean means.

If you’re not one of the richest guys around, and the wealth you leave behind is unable to fetch you a slot at one of the best private mortuaries around, your body will eventually constitute public nuisance when you’re gone. It’s no exaggeration: at government-owned mortuaries in Ogun and Oyo States, the stench of bodies was sickening. Oyo was worse. At Adeoyo Hospital, Yemetu, in Ibadan, the morgue smelled like a room filled with dead rats. Only that human bodies — not rats — were stashed in there.

Wealth doesn’t render you completely immune to body spoilage; it only delays it. If your body leaves the mortuary in freshness, it still must end up at the cemetery. And in the investigation, I already documented how your body is likely to be handled at public cemeteries. If you end up at a private cemetery, good for you. But you can’t evade the cruel hands of nature: your body soon starts to decompose and, over a number of years, only your bones will be left in your coffin.

What is the moral? Your body is not the real you — so why let your body rule you? Why allow yourself to be ruled by the unreal you? Learn to tame your body. Learn to deprive yourself of bodily gratifications. Learn to deny yourself some sleep to get the important work done; learn not to sleep with every man/woman who tempts you with a chance; learn, when required, to skip food to take care of other crucial matters, such as spending time with your God or giving out your meal to the needy; nourish and nurture your body but do not let it happen at the expense of doing the same to your spirit; don’t push yourself into shady practices in your search of how to clothe your body or what to feed it with; bodily exercises are great but spiritual exercises are far greater. In all, never prioritise your body over your spirit.

BE KIND — ONLY YOUR MEMORIES ARE INDESTRUCTIBLE BY DEATH

For all its destructive powers, death is also weak to the extent that it is not all-conquering. Death may destroy your body but it cannot destroy your deeds; it lacks the power to obliterate your memories in the minds of those who treasure them. Therefore, be kind, for your kindness will continue to live long after you’re gone.

Do all you can to keep your friendships and reduce your enemies. You shouldn’t harm yourself trying to please others but do all you can to do good. If you’ve split from friends because of money, why don’t you consider making up? No matter the size of the money in question, you’ll leave it behind when you’re gone. Make up with that ex who broke your heart to marry someone else; you wouldn’t have left this world with them if they married you, anyway. Draw up a list of people you were once chummy and revisit the reason why you two are now estranged. Try hard to forgive their wrongs and own up to yours. Try. Try harder. And try all over again.

There will be exceptions, though. The verse of a chapter in one of the Holy Books, the Bible, says: If it be possible, as much as lieth in you, live peaceably with all men. The opening phrase is already an admission that it can’t be 100% possible. There are exceptions. For example, how do you make peace with someone who envies you? Your chief crime is that you’re succeeding, so making up with such people means there will still be problems unless you’re ready to aspire to less. Should anyone lower their legitimate aspirations in exchange for friendships? Never!

What are your encounters with the dead and what life lessons have they taught you? I’m happy to read them in the comments section, as I’ll draw up a list from your lessons and mine. From time to time, I intend to return to that list to see which ones I’m neglecting, and make amends. May we all live long, fruitful lives!

Chat us on WhatsApp
Advertisement
Previous articleAPC to PDP on Buhari’s health: It’s ungodly to taunt a man in his moment of weakness
Next articleAmnesty International offers support to Nigerians arrested for Facebook posts