‘The human side of President Buhari’ 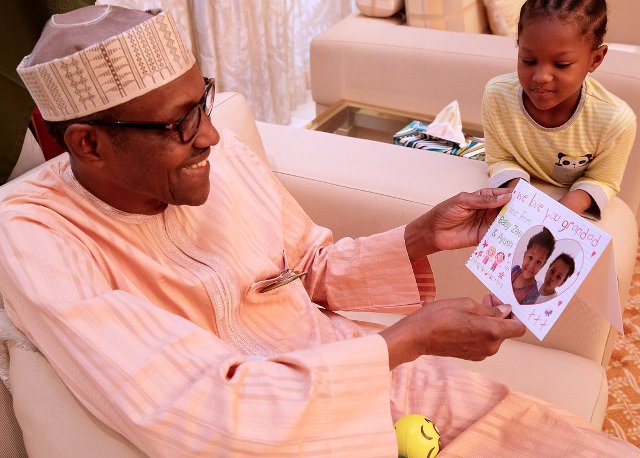 The header of this article is the title of a 55-minute documentary on President Muhammadu Buhari. The documentary has been scheduled to air on NTA this evening.

The presidency says “the documentary portrays the president in a light that majority of Nigerians have not seen him”.

I find this – ‘human side of Buhari’ – farcical and puerile. Does it mean the president has an animal side? What other human side could he have than his much vaunted “sense of humour”?

A presidential spokesman once said: “… President Buhari’s sense of humour is one of his most distinguishing characteristics….”

More importantly, I find the timing of the scheduled comedy broadcast a bit disturbing. Nigerians across the country are currently walking on molten magma to get fuel, where it is not available. Where it is available, they pay twice as much the price for the product.

Really, it smacks of default insensitivity that the presidency has scheduled a broadcast on “Buhari’s human side”, in essence, “his sense of humour” while Nigerians sleep at petrol stations, and without electricity at home.

Perhaps, the presidency is not reading the mood of Nigerians right. Nigerians at this point will not be swayed by theatrics. There must be some sensitivity to governance.

By the way, about 7.9 million Nigerians became unemployed between 2016 and 2017. What is the government doing to address this problem?

Nigeria’s current unemployment figures from the National Bureau of Statistics are jarring. More frightening is the figure of the unemployed in the north-east.

The government will take $1 billion from the Excess Crude Account to fight Boko Haram in 2018. This is like using a placebo for cancer, instead of surgically removing the tumor.

Joblessness and criminality share an umbilical cord. The fact is, Boko Haram cannot be asphyxiated as long as an army of youth in the north-east is unemployed.

In conclusion, there must be gravitas and urgency to governance. Nigerians do not need presidential comedy now; they need fuel, electricity and jobs!

Okorocha: Those criticising Zuma’s statue can’t even be his tea maker

Okorocha: I’m bigger than Nigeria… don’t put me in a small hole like a rat

COVID19: The legality and limits of the President’s emergency powers

Buhari and the aches in the heart of democracy