We’ve ushered in an era of responsibility and accountability, says Buhari 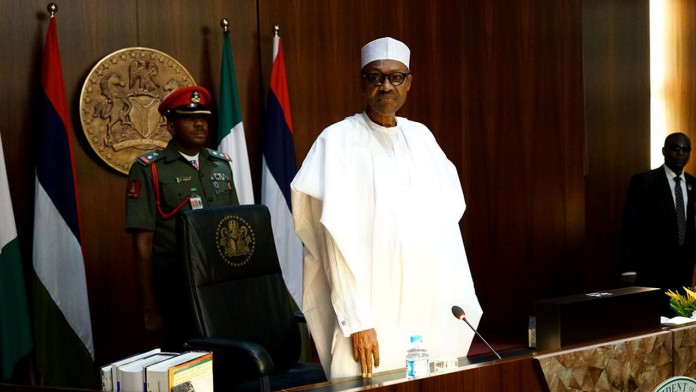 President Muhammadu Buhari says his administration is correcting the many wrongs of the past that crippled the economy, and has ushered in an era of responsibility and accountability.

The President also said it is a wonder how Nigeria survived the monumental corruption that he met when he took over office in 2015.

Buhari said it was only by “an act of God” that the country did not go under.

According to a statement by Femi Adesina, Special Assistant to the President on Media and Publicity, Buhari made the comments when a group of supporters, under the aegis of Governance Support Group, paid him a solidarity visit at the Presidential Villa on Friday.

“Some of the things I saw here were unbelievable. I still shudder and wonder how a country can survive under such abuses. It is only by an act of God that we survived,” Adesina quoted Buhari as saying.

However, Buhari noted that his administration “had ushered in a new era of accountability and responsibility by auditing and correcting the many wrongs of the past that crippled the economy”.

He thanked the delegation and all who believed in him and vigorously supported him during the 2015 presidential campaign.

“I can never forget your sacrifices and I am grateful for all. You never gave up when things were bleak, and we needed to survive. I can’t express my gratitude enough,” he said.

“In spite of the environment you found yourselves [in], you kept believing and pushing. Some of you were really exposed to risks. My consolation is that you voluntarily threw in your lot with me.

“Some of you exposed yourself so much, and I knew it. I urge you to still stick to your principled ways of doing things and our country will be the better for it.

“I want you to maintain your steadfastness. We have gone through the worst of the times. We lost elections three times and I learnt a lot along the way.”

In his response, Chukwuemeka Nwajiuba, leader of the delegation, praised Buhari for his “bold initiatives in restoring security, tackling corruption, and setting the economy on a more predictable path”.