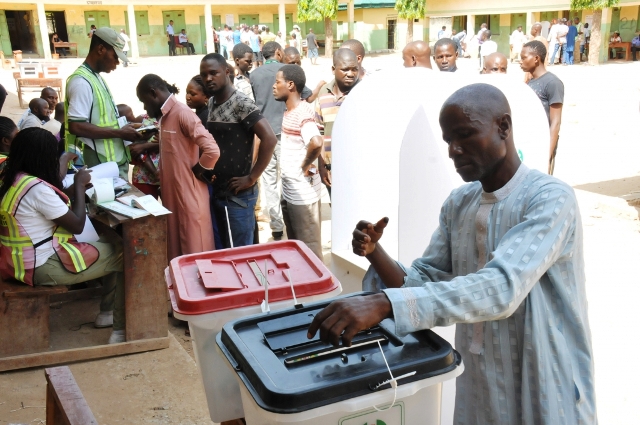 The Nigeria Immigration Service, NIS, says that it has intelligence reports that many foreigners in Edo state are in possession of permanent voter cards, PVCs, and may come out to vote in the governorship election on Wednesday.

David Adi, Comptroller of the NIS in the state, made this known during a meeting with the leaders of the Nigerien, Malian and Chadian communities in the Edo state.

He however warned that no foreigner should attempt to participate in the electoral process.

He said: “Intelligence reports available have it that many foreigners in the state are in possession of the Nigerian permanent voters card (PVC) with a view to using them for the election.

“No foreigner is allowed to participate in the election because it is for only Nigerians. The Nigerian Immigration Service will not tolerate any attempt by any group of foreigners to truncate this election.

The Comptroller reiterated that any foreigner caught with a PVC will not only be prosecuted but will also be repatriated.

Adi stated that the NIS would fully assist and support the Independent National Electoral Commission, INEC, to make the election a huge success.

“We have resolved to assist INEC to succeed; there is a synergy among security agencies to ensure that the Edo governorship election is free, fair, credible and conclusive.

“Every polling unit in the 18 local government areas will have an immigration officer and they have been deployed to man polling units and are well trained to fish out any foreigner,” he noted.

Halidu Ibrahim, President of Niger citizens resident in Edo state, while praying for the success of the election, promised to talk to his people to stay away from the electoral process.