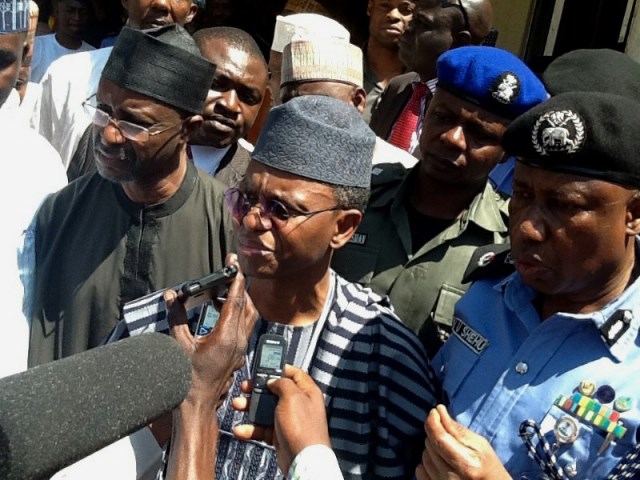 No fewer than 13 persons were reportedly killed in a fresh attack by armed bandits on communities in Southern Kaduna over the weekend.

A member of one of the communities told journalists on Monday that the security personnel that had been stationed in the areas were unable to stop the killings and destruction.

Recall that the federal government had in December 2016 deployed troops to southern Kaduna in efforts to bring the crisis to an end but locals say things have remained largely the same nevertheless.

The survivor, who spoke with newsmen on the condition of anonymity, said that the attacks took place in Asso village and Kagoma chiefdom located in Jama’a local government area of Kaduna State, between 7pm and 8pm on Saturday, adding that the people may be forced to defend themselves.

“They were armed with AK-47 ‎riffles… they started shooting sporadically immediately they entered the village,” he said.

“I can’t tell of the number of people that were killed, but many sustained injuries from gunshots.

“The latest attack is an indication that the security agencies can no longer protect us. We are now left with no option than to defend ourselves since the soldiers and policemen deployed to ensure safety of lives and property have failed us.”

His media aide, Samuel Aruwan, released a statement in which he conveyed the governor’s condolences to the families of the victims, while charging security agencies to do more.

“Security agencies should redouble their efforts in fishing out those behind the killings, and act promptly on carefully vetted intelligence,” the statement read.

“The agencies responsible for emergency services have been directed to offer relief.”

“The Nigerian Army is set to commence a major operation tagged ‘Operation Harbin Kunama II’… communities should provide vital information that could aid a successful clampdown on elements responsible for the terror attacks on our citizens.”