GIJN 2019: If autocrats thought we were going away, they’re in for a surprise 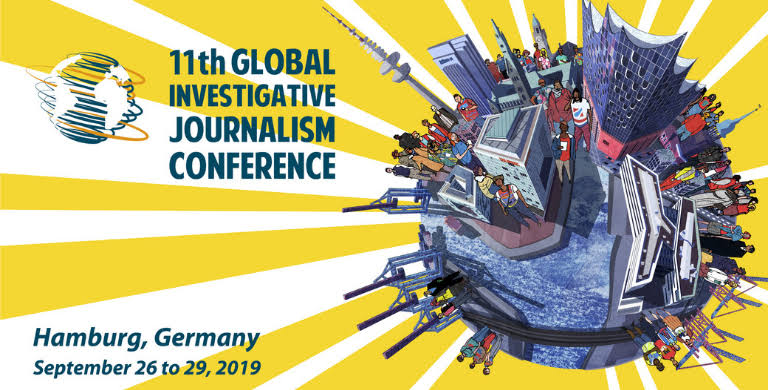 
AS more than 1,500 investigative journalists from over 130 countries converge in Hamburg, Germany for the 11th Global Investigative Journalism Conference 2019, discussions on high stakes for an effective and sustainability investigative reporting is at the forefront.

According to the network, the gatherings of the muckrakers in Hamburg would harsh out better processes journalists can carry out investigations using tools available to them through–retooled defiance–considering growing assault on human rights, democratic institutions and the independent press.

David Kaplan, executive director of the Global Investigative Journalism Network (GIJN), during the plenary launch session, commended efforts of investigative journalists and their resilient in telling the truth even in dangerous situations.

“Attacks [on journalists] are at near-record levels, even in countries where we thought we were safe. In places like the U.S. and Britain, we’re under assault legally; by presidents who want to be autocrats; [and] online by people who want to make us and our families miserable.

“It’s a tough time for investigative journalists on the front lines. Despite all of this, we’re growing. We’ve got more journalists with better tools going after tougher targets, all over the world,”

“If autocrats thought we were going away, they’re in for a surprise,” he said.

"If autocrats thought we were going away, they're in for a surprise," @gijn executive director @KaplanDave said at #GIJC19's plenary session. Despite autocratic repression and global crackdowns, investigative journalism is growing https://t.co/DvbVnIj9tD @dawn_com @ICIJorg @OCCRP pic.twitter.com/RwwfzzwAs8

Drew Sullivan, co-founder and editor-in-chief of the Organized Crime and Corruption Reporting Project, also noted that the cross-border collaborations and tools have since become an initiate that has facilitated speedy and accurate newsgathering with impacts.

However, he warned that with states, companies and Artificial Intelligence (AI) aggregators creating news, it could become harder to sift out the chaffs from the grains. Hence, Sullivan said that it falls on the investigative journalist to “cut through all the misinformation” with the help of tools made available to them.

Although it would seem the most distressing warning was that of Cordula Meyer, National desk editor, Der Spiegel, who said that it had become harder if not nearly impossible for the audience to believe factual evidence from investigative reports.

“If the evidence doesn’t mean anything anymore, we are really lost. About a fifth of our population in Germany don’t trust journalists. Some are lost — we cannot reach them with argument anymore, but some we can still reach: the sceptics.

“We need to offer all forms of dialogue to get news into discussions; we need to go into schools.”

The 2019 conference places more emphasis on data journalism, with 60 sessions dedicated to related subjects and skills. Other areas of focus include business, academic research techniques and sustainability strategies for the growing network of non-profit newsrooms.