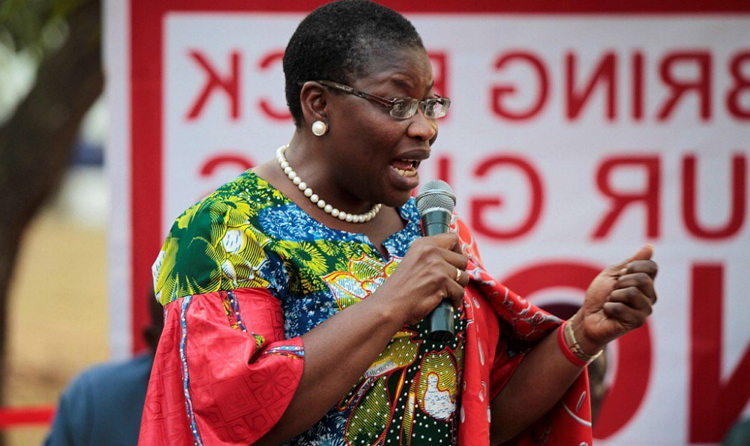 Oby Ezekwesili, former Minister of Education, is miffed by the “gullibility” of the Nigerians who have been applauding the reunion of Ibe Kachikwu, Minister of State for Petroleum resources, with Maikantu Baru, Group Managing Director of the Nigerian National Petroleum Corporation (NNPC).

Ezekwesili also said the anti-corruption agenda of President Muhammadu Buhari will suffer a huge blow if he fails to investigate the issues raised by kachikwu in his memo.

She said despite the fact that Kachikwu and Maikanti Baru, the NNPC Group Managing Director, have “reconciled”, Buhari must now probe the allegations of breach of due process raised in the memo.

“As I did my weekend reading, I saw pictures of Nigerians applauding that the NNPC GMD and his minister, Ibe Kachikwu ‘have reconciled’,” Ezekwesili wrote in a series of tweets on Monday.

“I turned to my husband and said, ‘God save us from gullible citizens’! What does ‘reconcile’ mean to citizens who’re victims of Bad Governance?

“I hope the Muhammadu Buhari government does not plan on ‘moving on’. Governance is not about ‘personal beefs’ & ‘reconciliation’.

“The weighty Breach of procurement law raised by Ibe Kachikwu against the NNPC GMD is not the kind of issue a serious FG glosses over.

“Good that Ibe Kachikwu and his GMD at the NNPC have become friends again. Now let the breach raised be probed swiftly.”

Ezekwesili called for independent review of the  allegations raised by Kachikwu, adding that “the credibility of President Buhari’s anti-corruption agenda suffers deeper lethal blow if this gets buried like the #GrassCutterAllegations.

“So, here is my counsel to President Buhari, hasten probe of the NNPC breach, publish report and act swiftly on its recommendations. Do it.”

The #GrassCutterAllegations refers to the allegations of corruption and abuse of office made against Babachir Lawal, the suspended Secretary to the Government of the federation.

In May, Buhari set up a probe panel headed by Vice President Yemi Osinbajo to investigate the allegations and file a report within two weeks. But months after, nothing has been heard of the report, which was presented to Buhari in August.

PPPRA, NNPC to be scrapped as Buhari sends PIB to National…